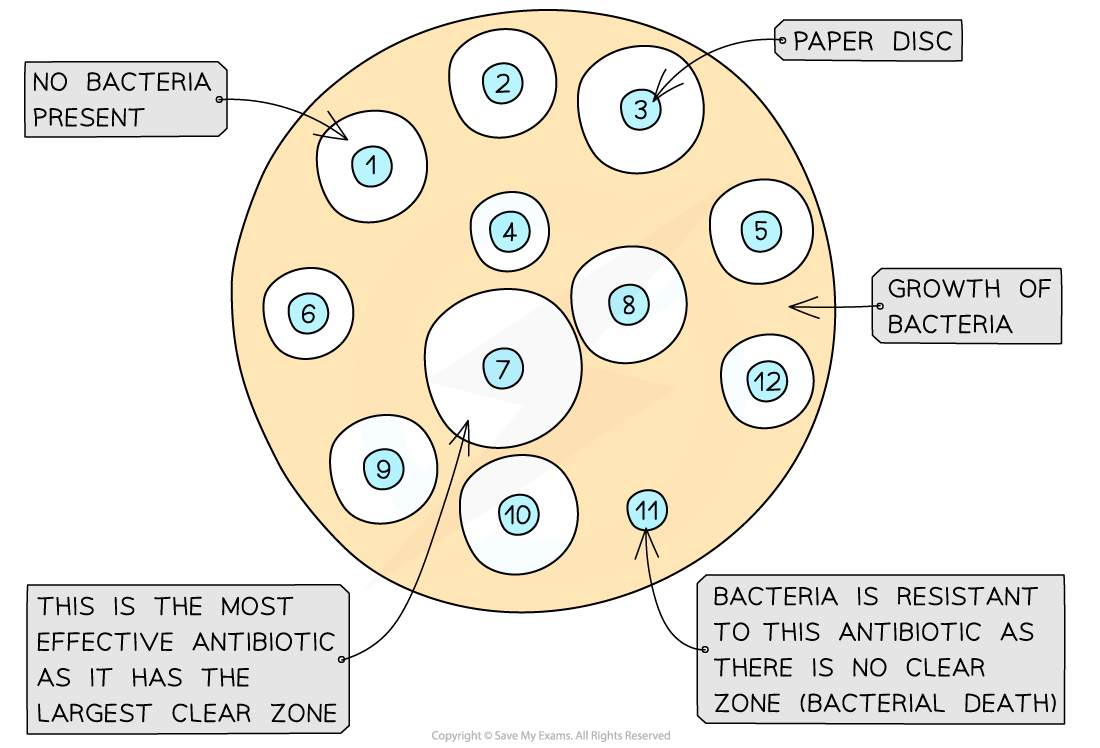 Image showing the bacterial growth on an agar plate following a disc diffusion experiment. The most effective antibiotics produce the largest clear zones while. The antibiotics that the bacteria are resistant to produce no clear zone.

It is expected that you will be able to suggest aseptic techniques that should be used for specific experiments. Make sure to learn a few of the ones above so that you can get those marks!