The Different Outcomes of Mitosis and Meiosis 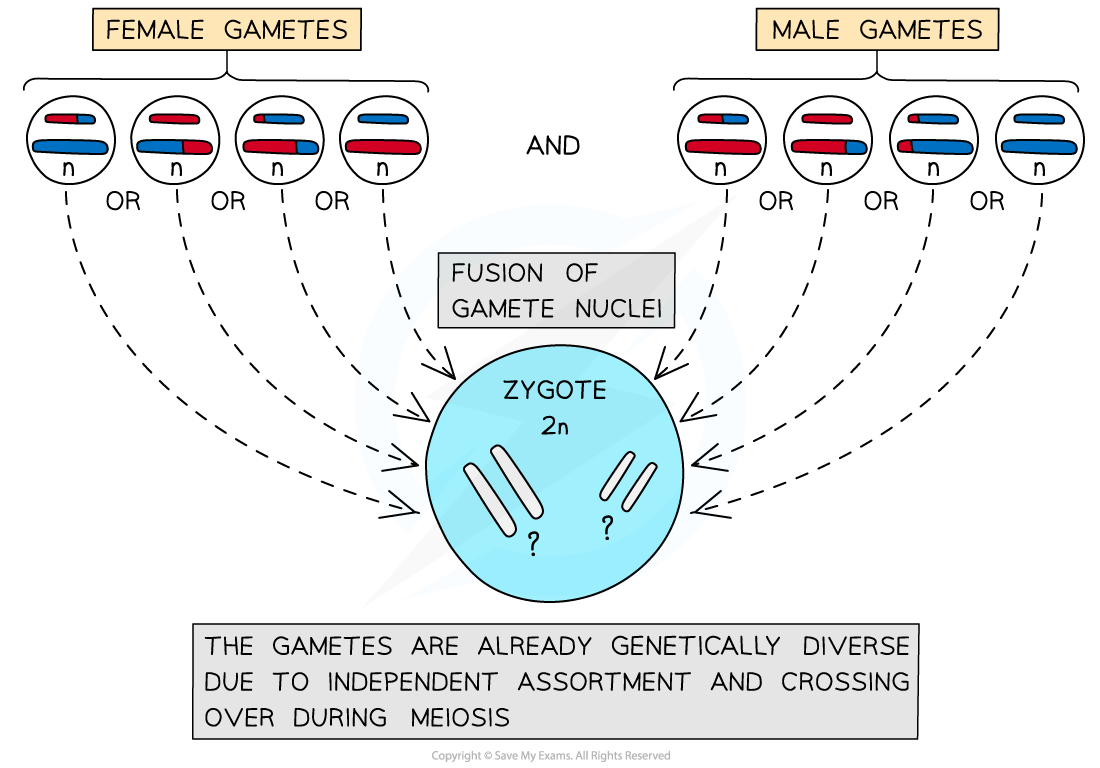 It is common for a question to ask you to identify where meiosis is occurring in an unfamiliar life cycle. There is a helpful trick for this, meiosis always involves a  reduction division. This is a nuclear division that reduces the chromosome number of a cell. So when the ploidy of the cell is halved it can be said that meiosis has just occurred.