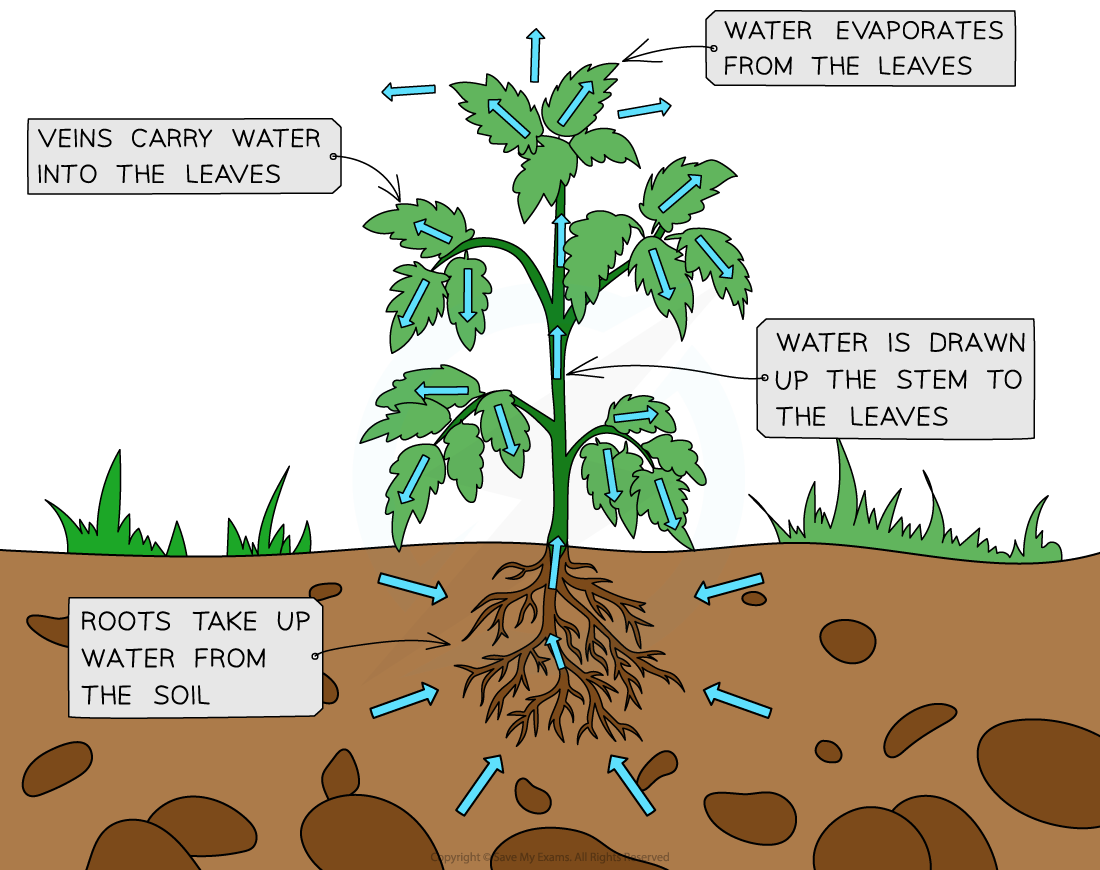 Movement of water through leaves

The role of the stomata 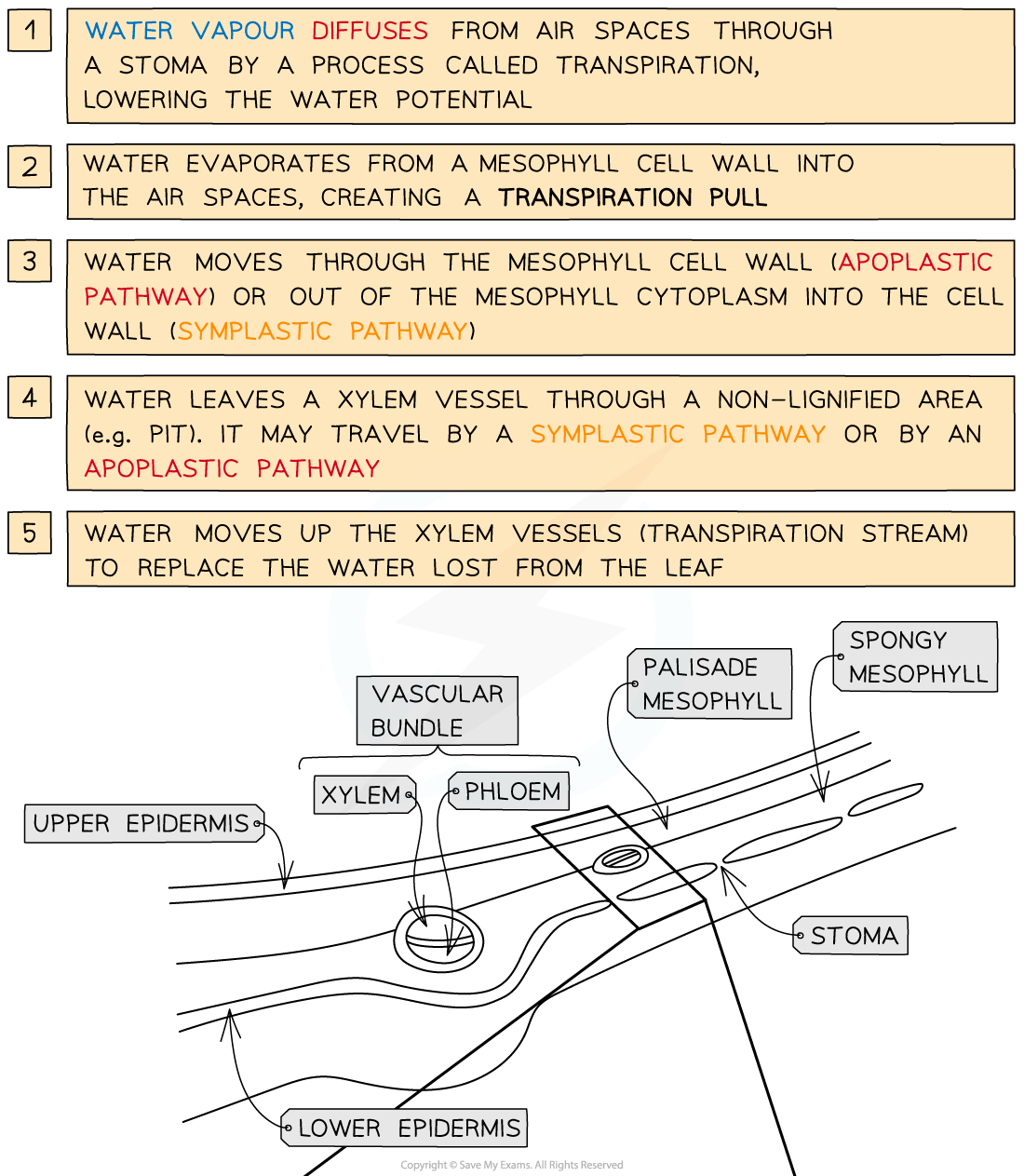 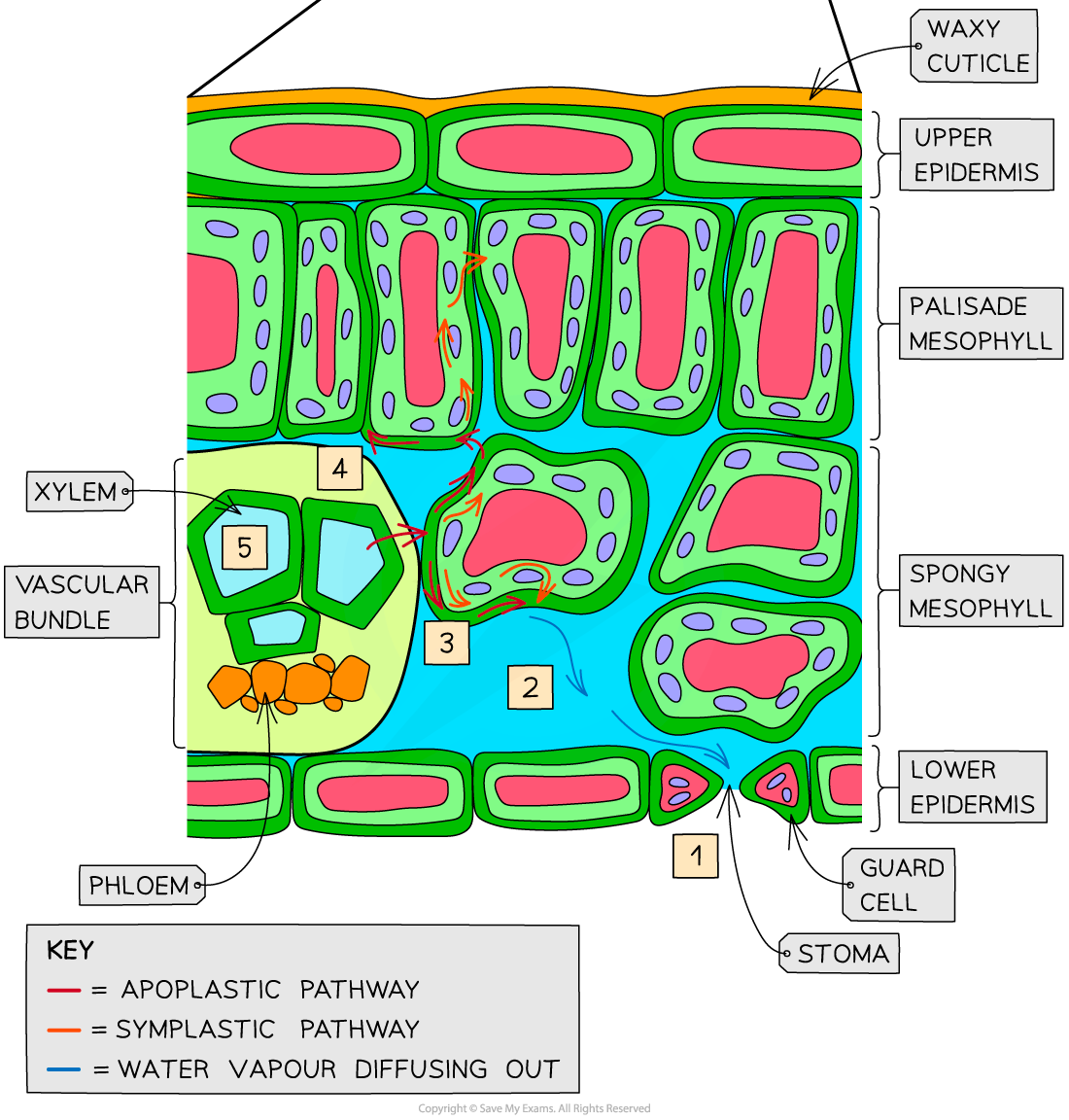 Water movement through a leaf. Water enters the leaf as a liquid and diffuses out as water vapour through the stomata. This loss of water by evaporation and transpiration results in a water potential gradient between the leaves (low) and roots (high) causing water to move up the plant in a transpiration stream