Point A - both left atrium and left ventricle are relaxed

Between points A and B - atrial systole

Point B - beginning of the ventricular systole 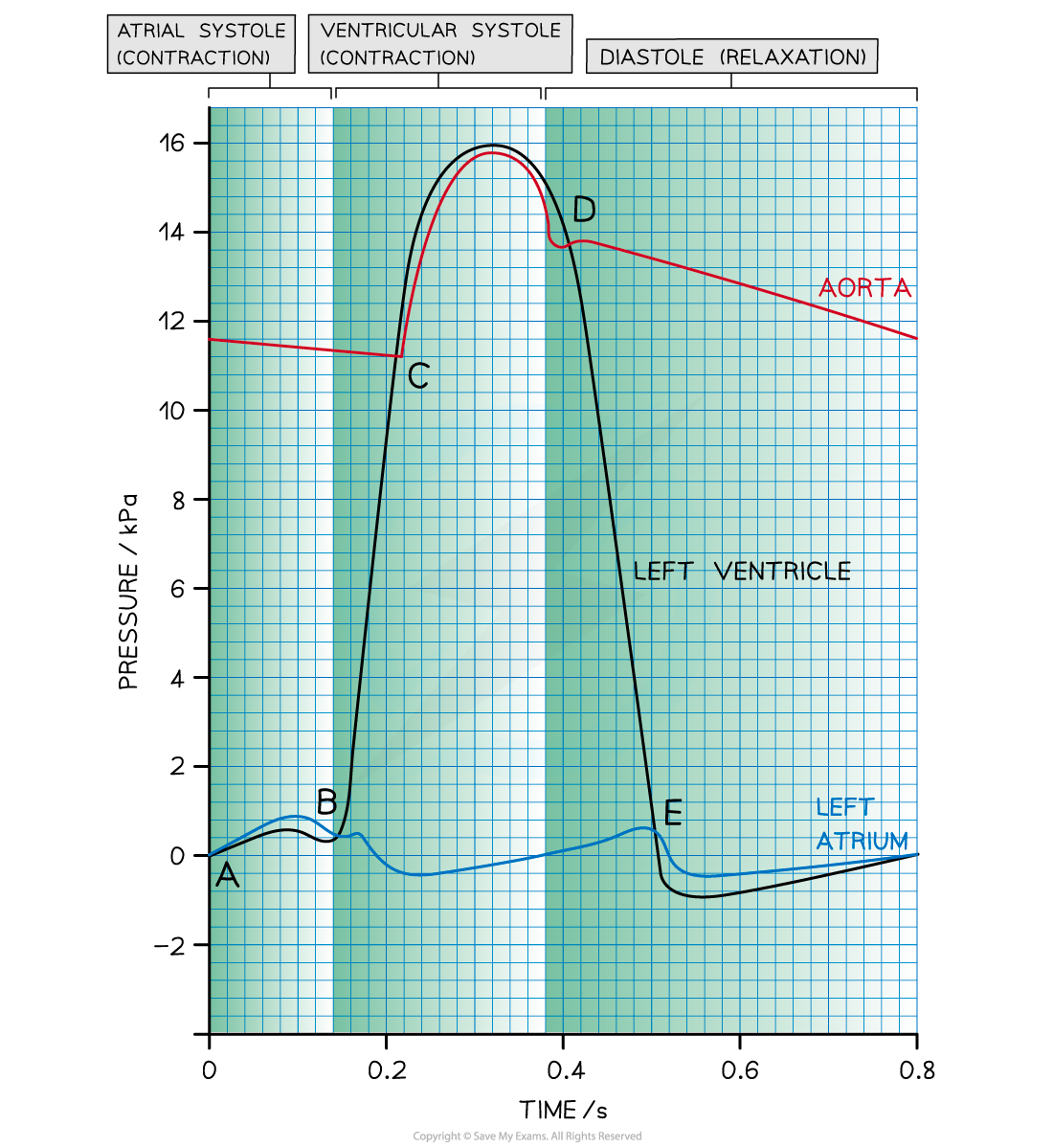 Image showing the pressure changes within the aorta, left atrium and left ventricle during the cardiac cycle

Risk factors and the incidence of cardiovascular disease

The maximum pressure in the ventricles is substantially higher than in the atria. This is because there is much more muscle in the thick walls of the ventricles which can exert more force when they contract.