Valves in the heart 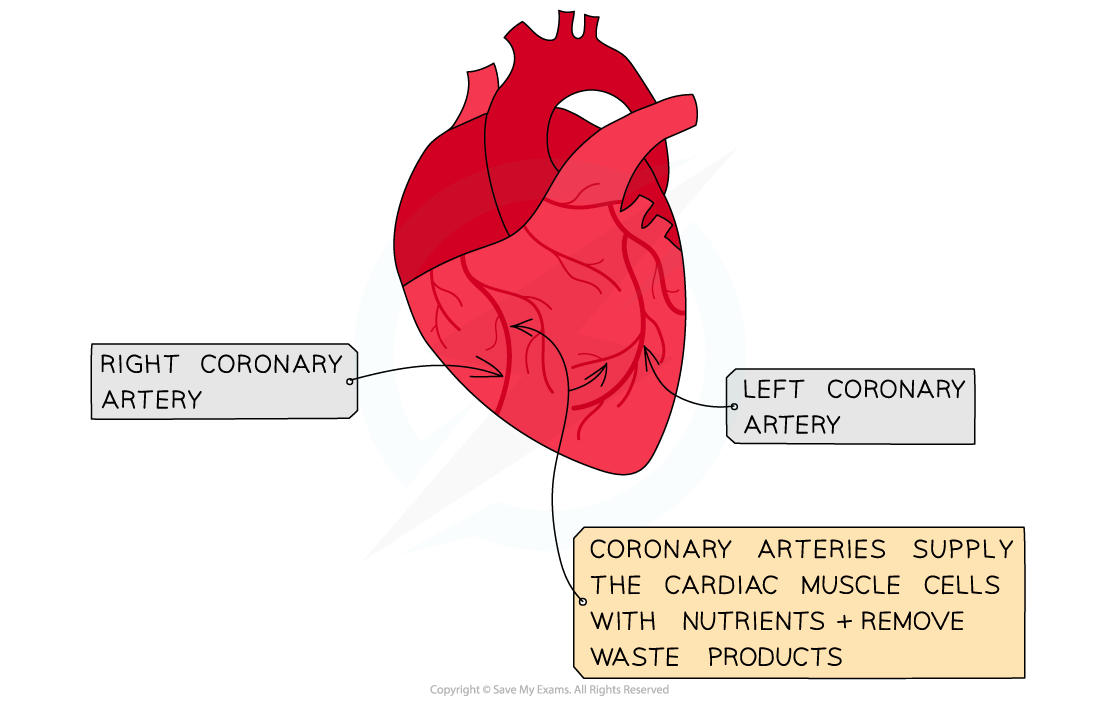 The coronary arteries cover the outside of the heart, supplying it with oxygenated blood

When looking at the heart, remember the right side of the heart will appear on the page as being on the left. This is because the heart is labelled as if it were in your body and flipped around.