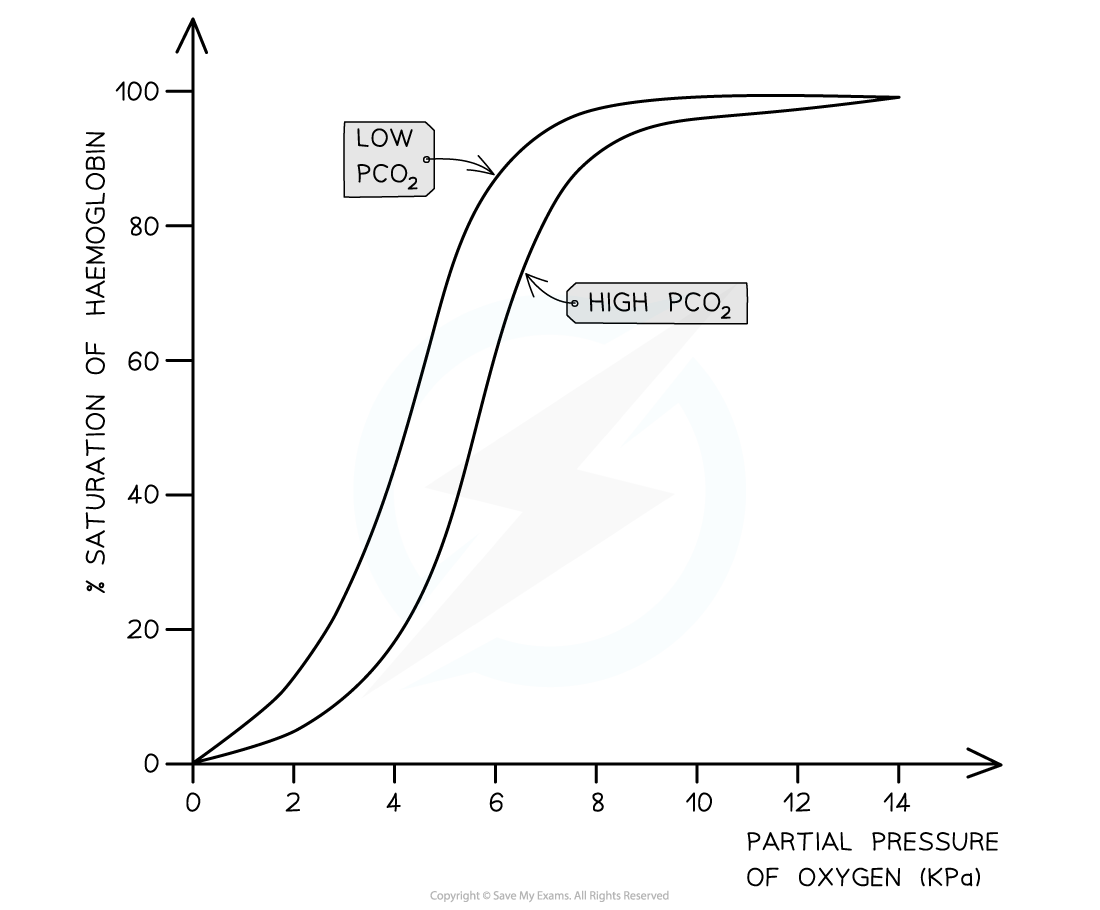 The dissociation curve shifts to the right as a result of the Bohr effect. This means that any given partial pressure of oxygen, the percentage saturation of haemoglobin is lower at higher CO2 levels.