Co-transport Mechanisms for the Absorption of Amino acids and Monosaccharides 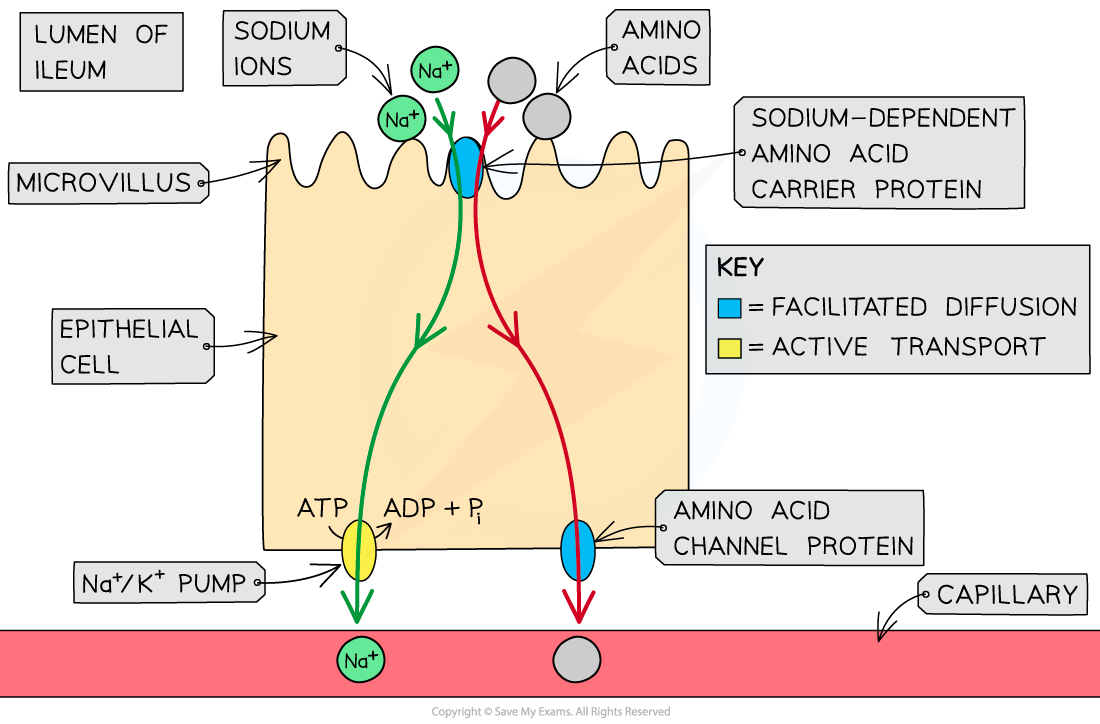 Image showing the co-transport of sodium ions and amino acids in the ileum. Both facilitated diffusion and active transport are involved in the process. Image showing the co-transport of sodium ions and glucose in the small intestine. Both facilitated diffusion and active transport are involved in the process.

The Role of Micelles in the Absorption of Lipids 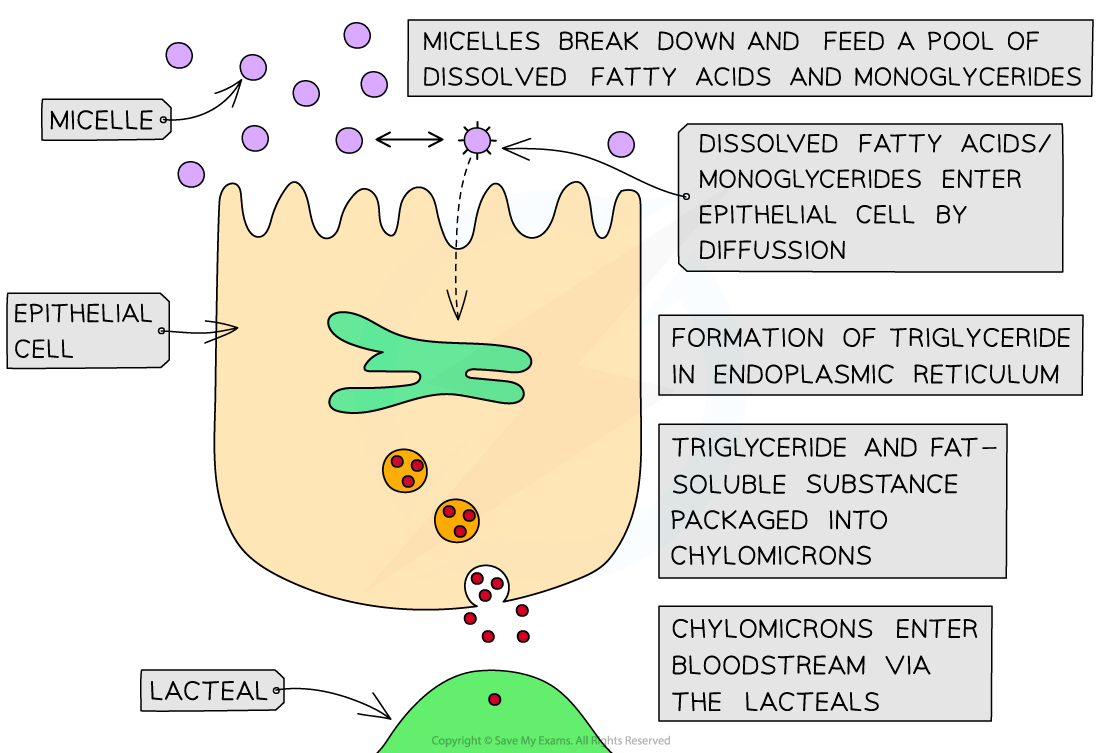 Image showing the absorption of monoglycerides, fatty acids and glycerol

There are a lot of different terms used to refer to different parts of the digestive system. Remember that the ileum is the end section of the small intestine, so we can say that the absorption of amino acids occurs at the end of the small intestine.An example of a question you could get in the exam:Explain how carbohydrate and protein digestion differs from lipid digestion.