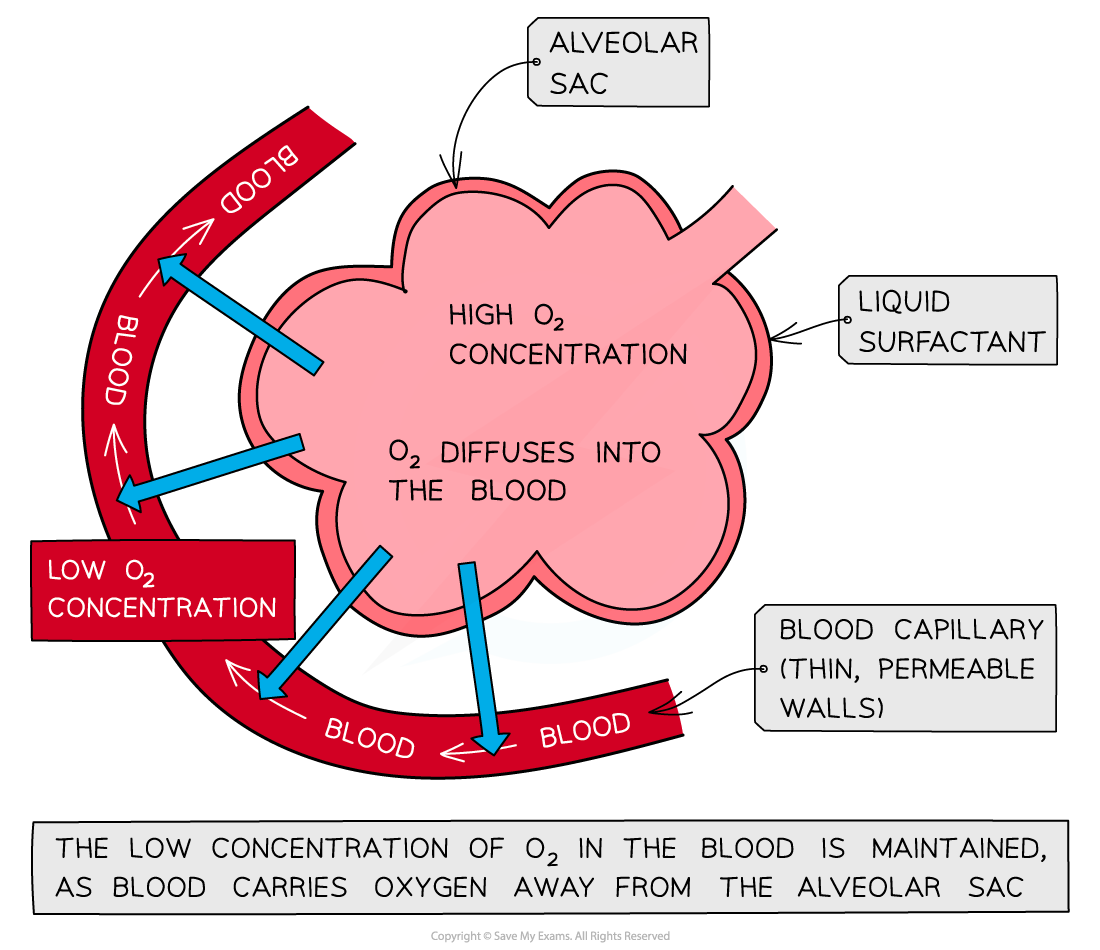 Features of the alveoli

Remember that a membrane that is permeable to oxygen is usually permeable to water. As a result, moist surfaces are an unavoidable consequence of gas exchange surfaces. This layer of moisture increases the diffusion distance.