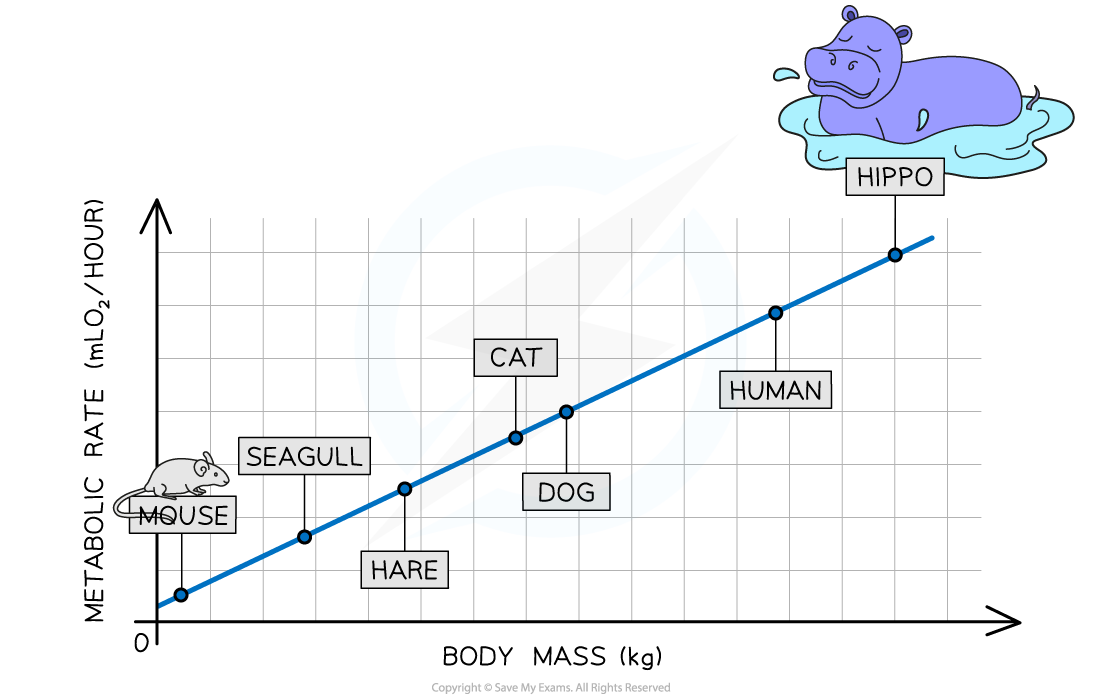 Plants have much lower metabolic rates than animals as they do not move around their habitat and don’t have to maintain a high body temperature.