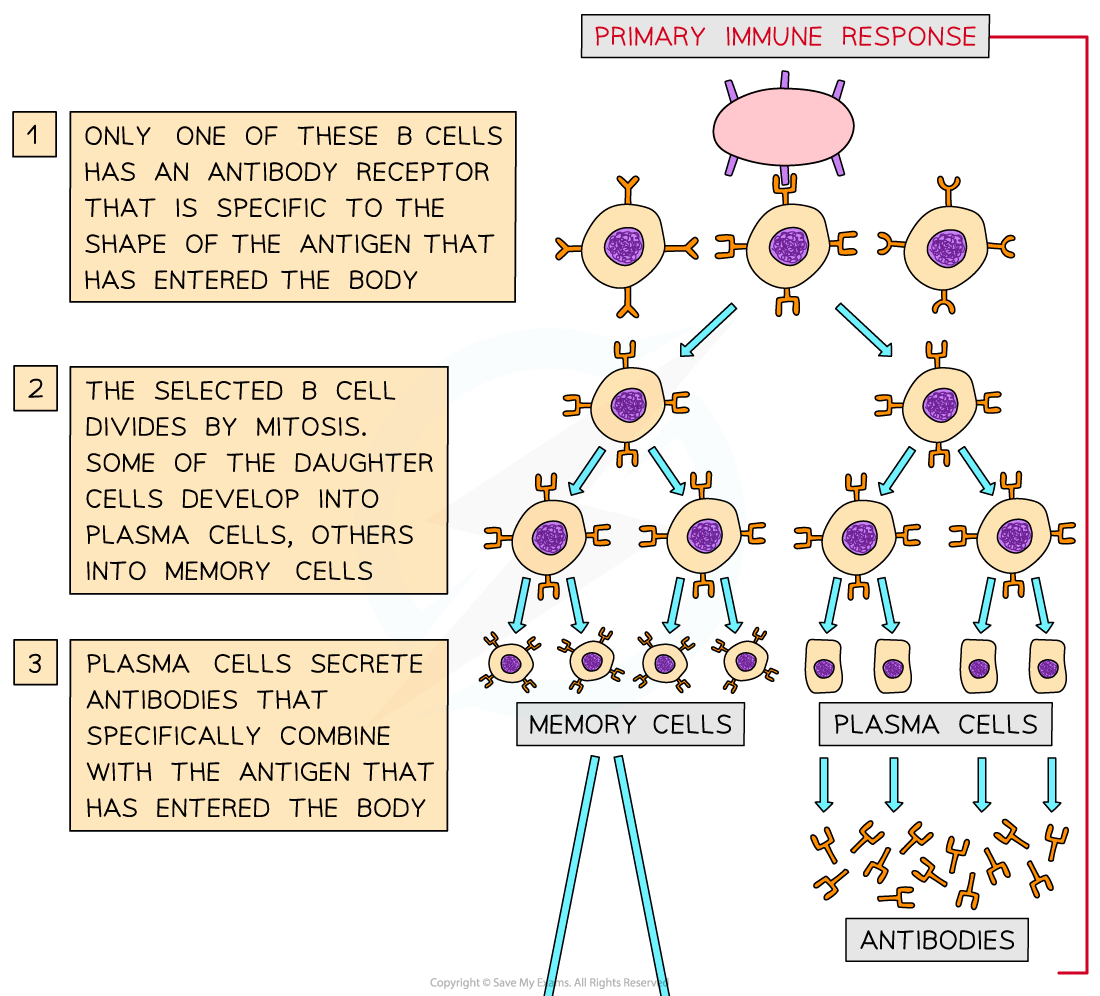 During a secondary immune response, memory cells that remained in the blood divide very quickly into plasma cells (to produce antibodies) and more memory cells

Immunological memory (made possible by memory cells) is the reason why catching certain diseases twice is so unlikely. For example, there is only one strain of the virus that causes measles, and each time someone is re-infected with this virus, there is a very fast secondary immune response so they do not get ill.However, some infections such as the common cold and influenza are caused by viruses that are constantly developing into new strains. As each strain has different antigens, the primary immune response (during which we often become ill) must be carried out each time before immunity can be achieved.