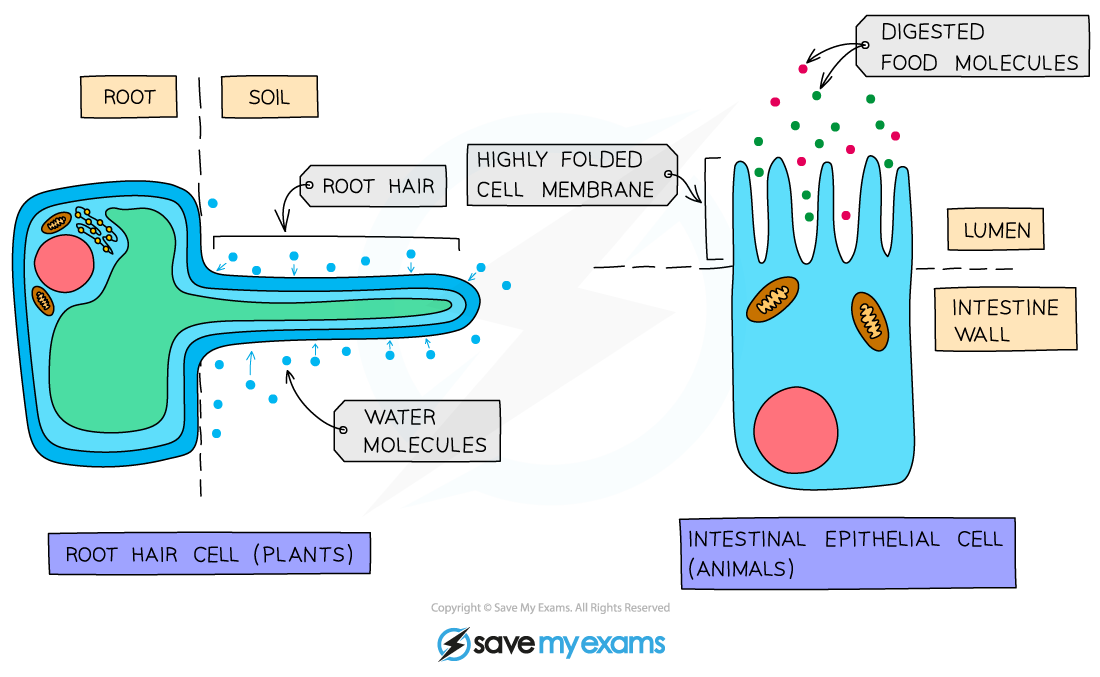 Many cells that are adapted for diffusion have an increased surface area in some way – for example, root hair cells in plants and cells lining the ileum in animals

In the case of the kidney cells described above, water is transported across the cell membrane via facilitated diffusion through channel proteins. Don’t forget, however - water can also diffuse through cell membranes (this can occur even though it is a polar molecule because it is a relatively small molecule).