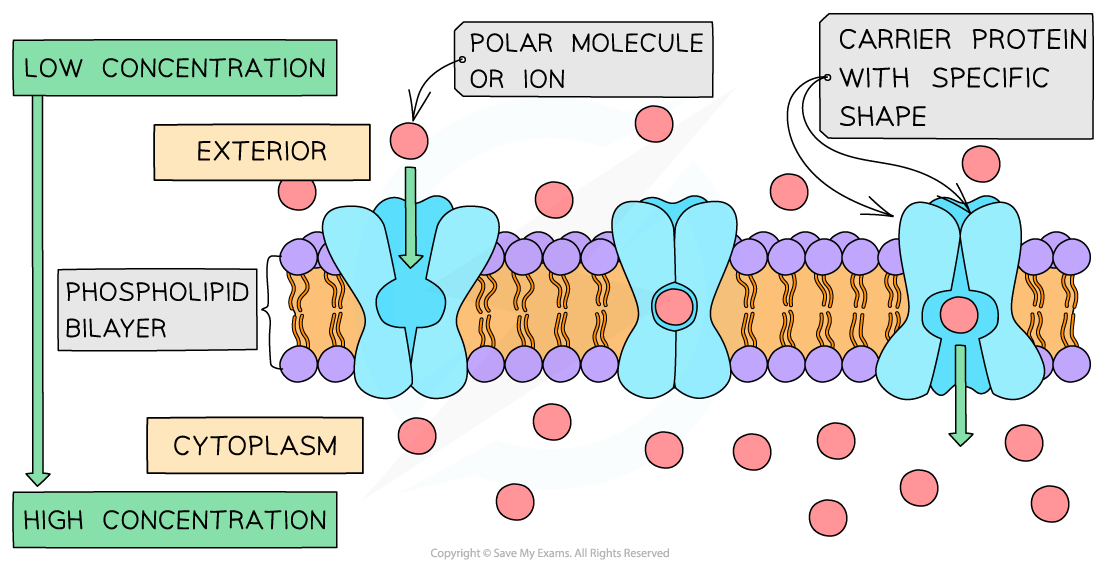 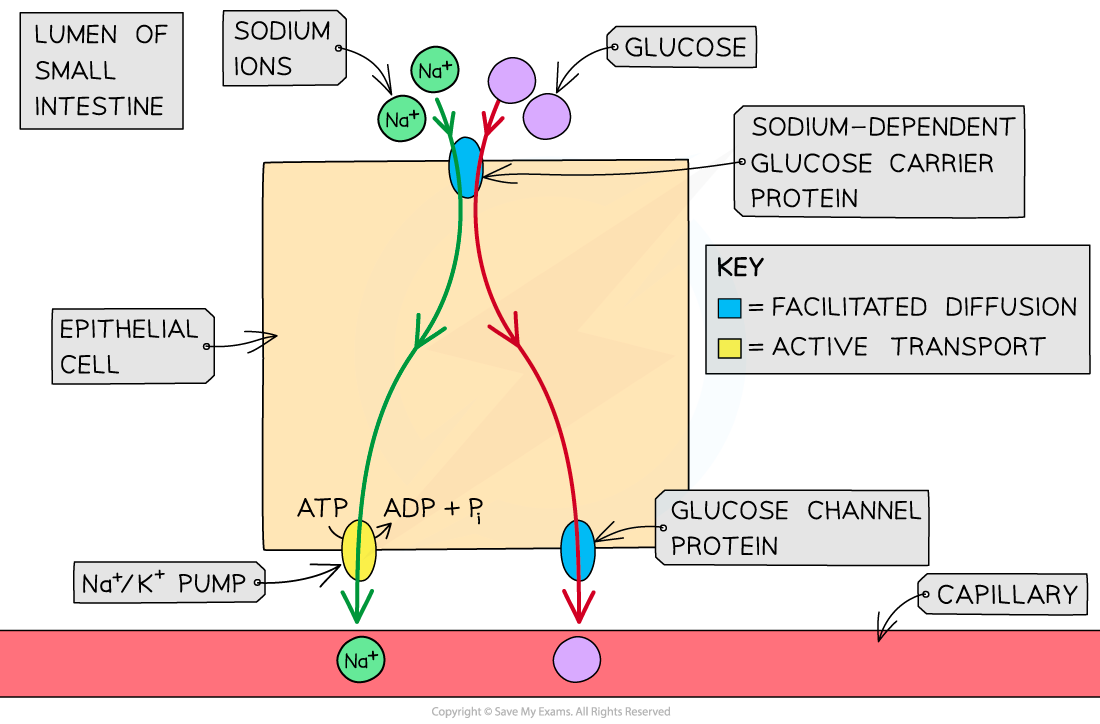 Both facilitated diffusion and active transport occur during co-transport. Glucose molecules can only enter the epithelial cell when sodium ions are present.