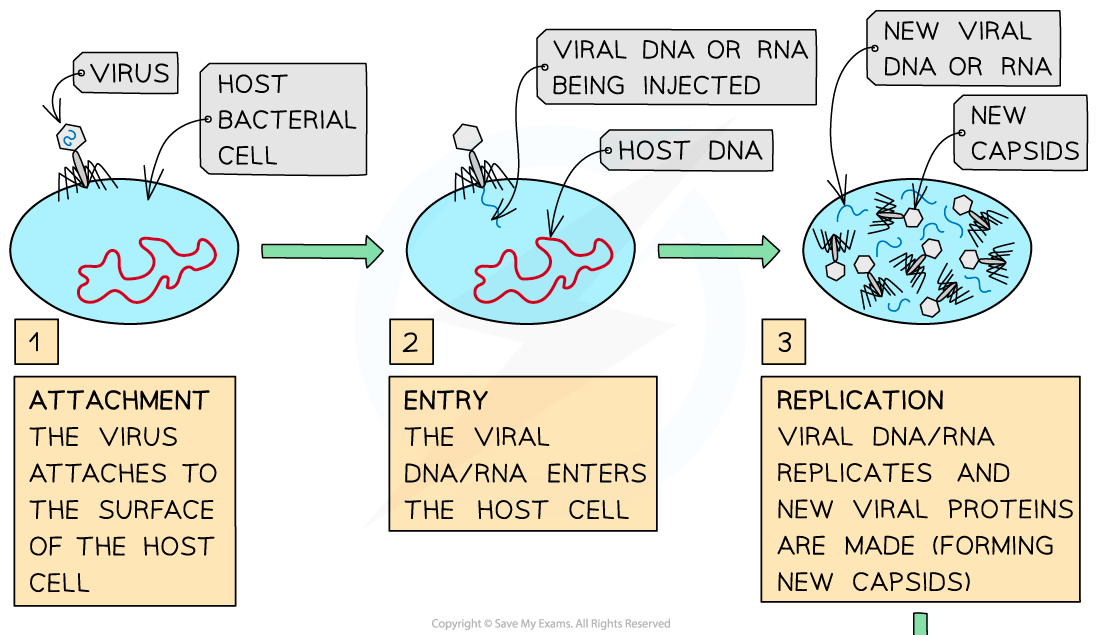 The process of viral replication - in this case, the virus is a bacteriophage (a virus that infects specific prokaryotic host cells)

Different viruses have different attachment proteins and therefore can only bind to specific host cell types that have the correct (complementary) receptor proteins. For example, some viruses use prokaryotic host cells, whilst others use eukaryotic animal or plant host cells. In addition, some viruses can only infect one specific cell type, whereas others can infect many different cell types.