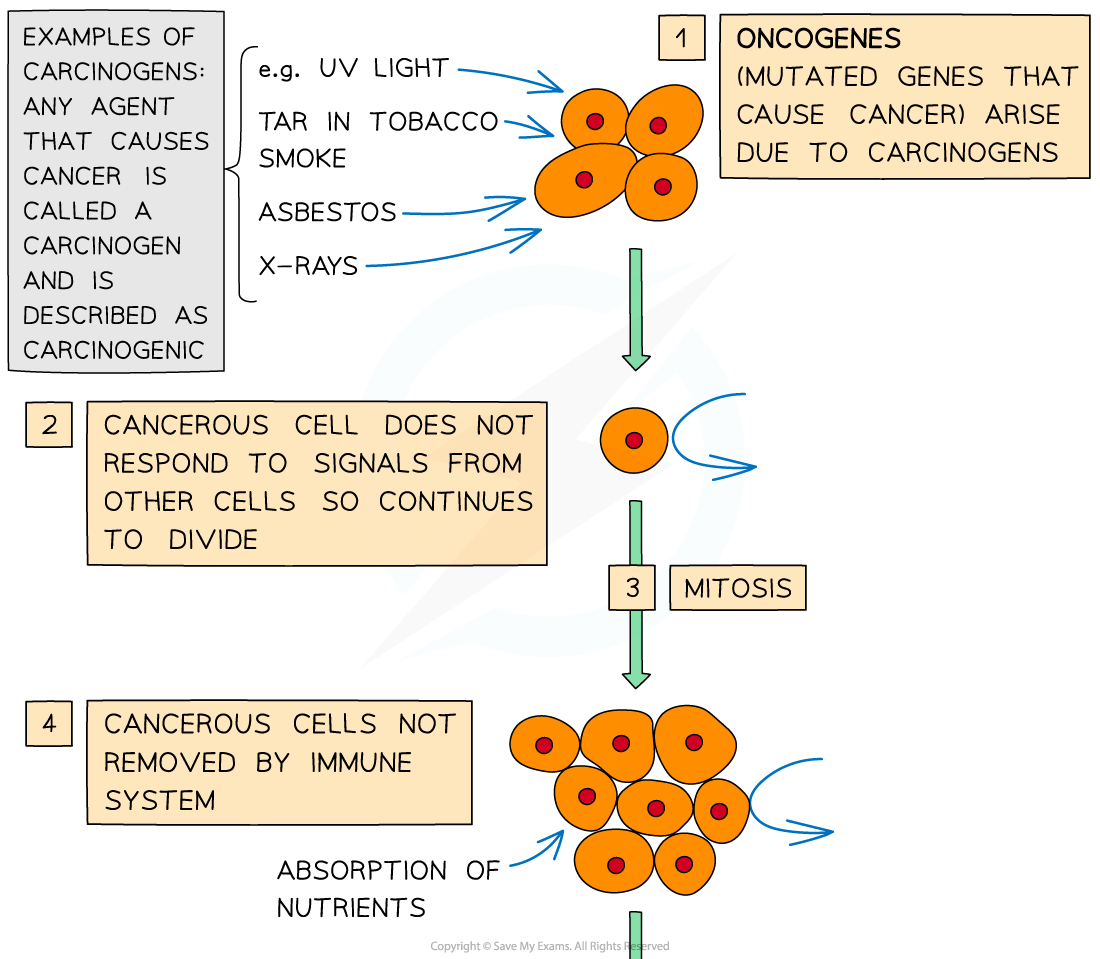 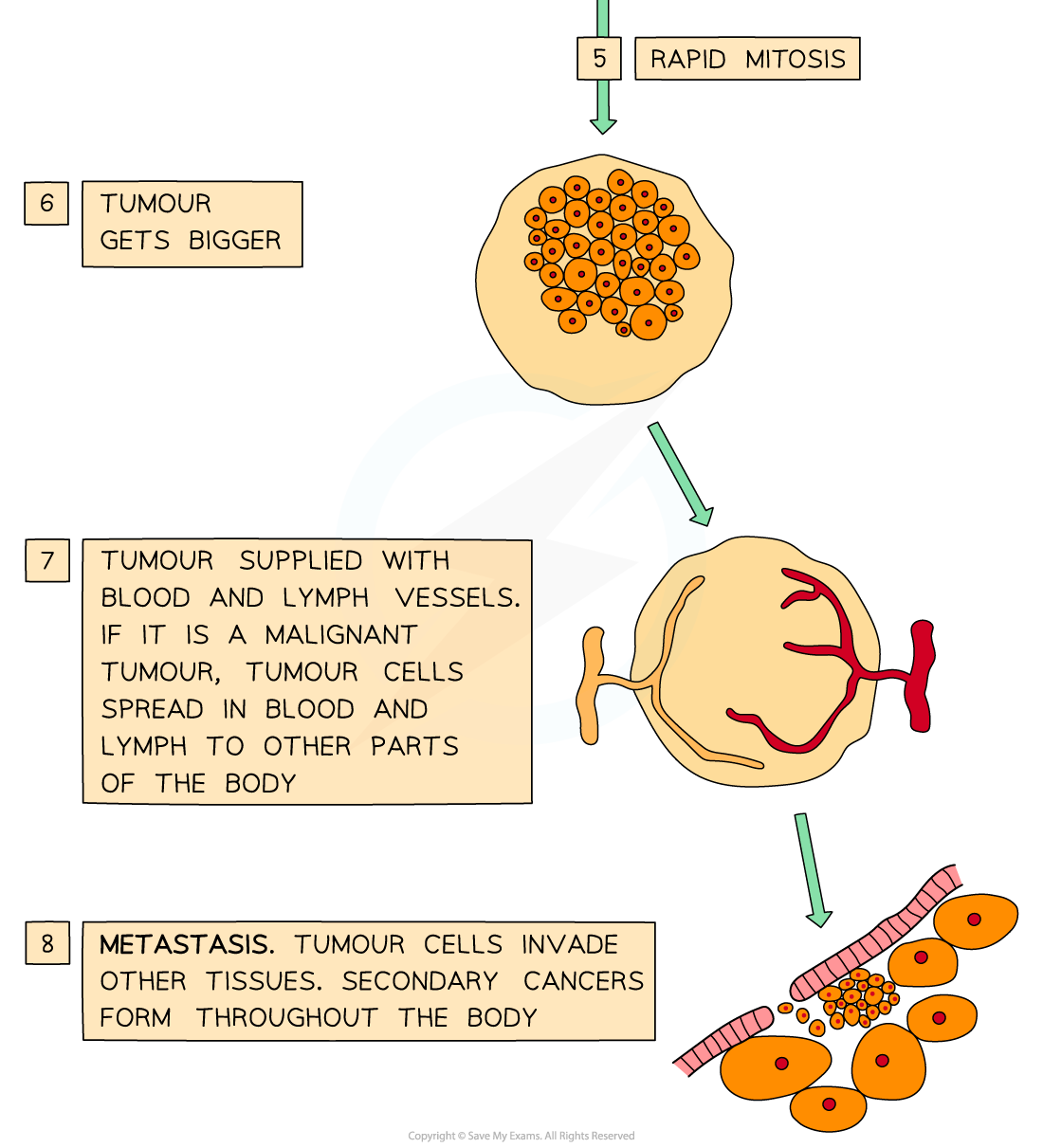 Stages in the development of cancer

Make sure you know examples of carcinogens. Also, you should know that some viruses (known as oncoviruses) cause cancer and can therefore also be described as carcinogens.