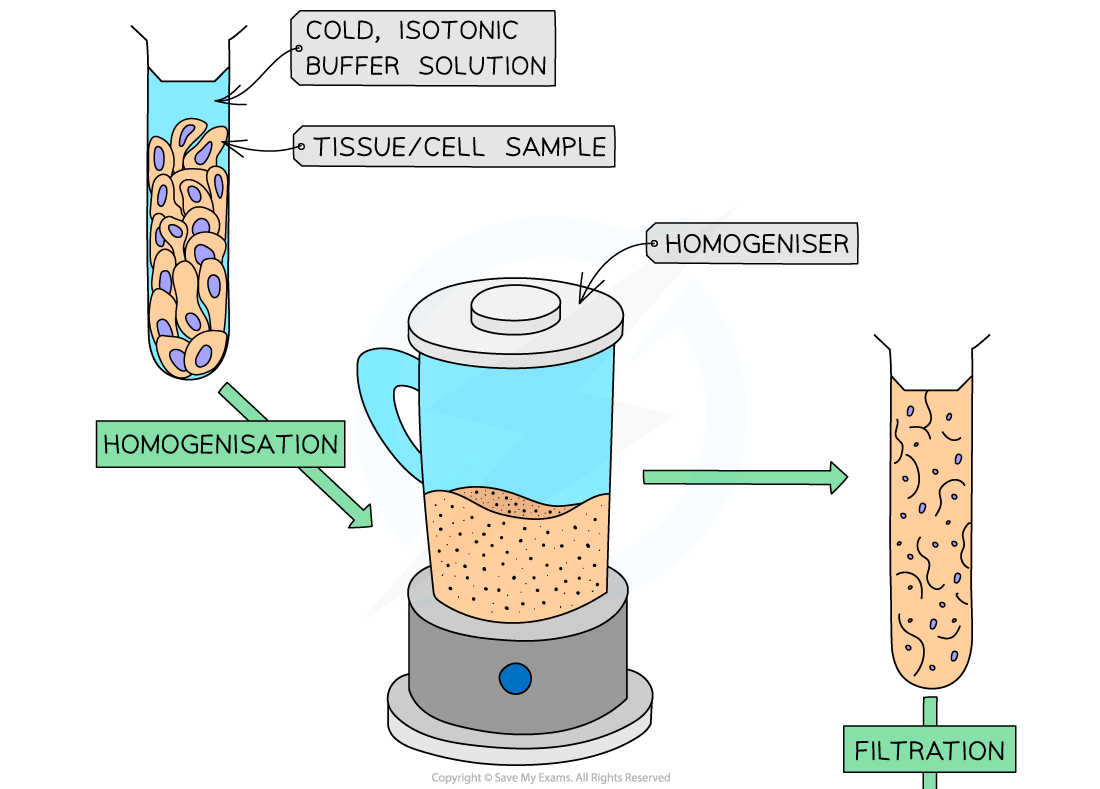 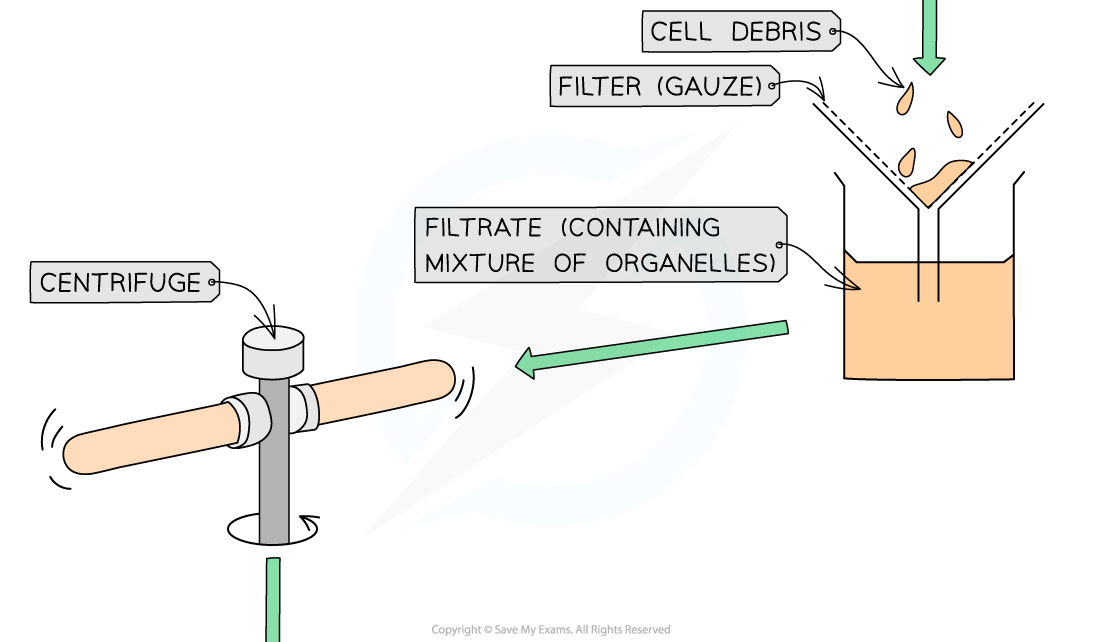 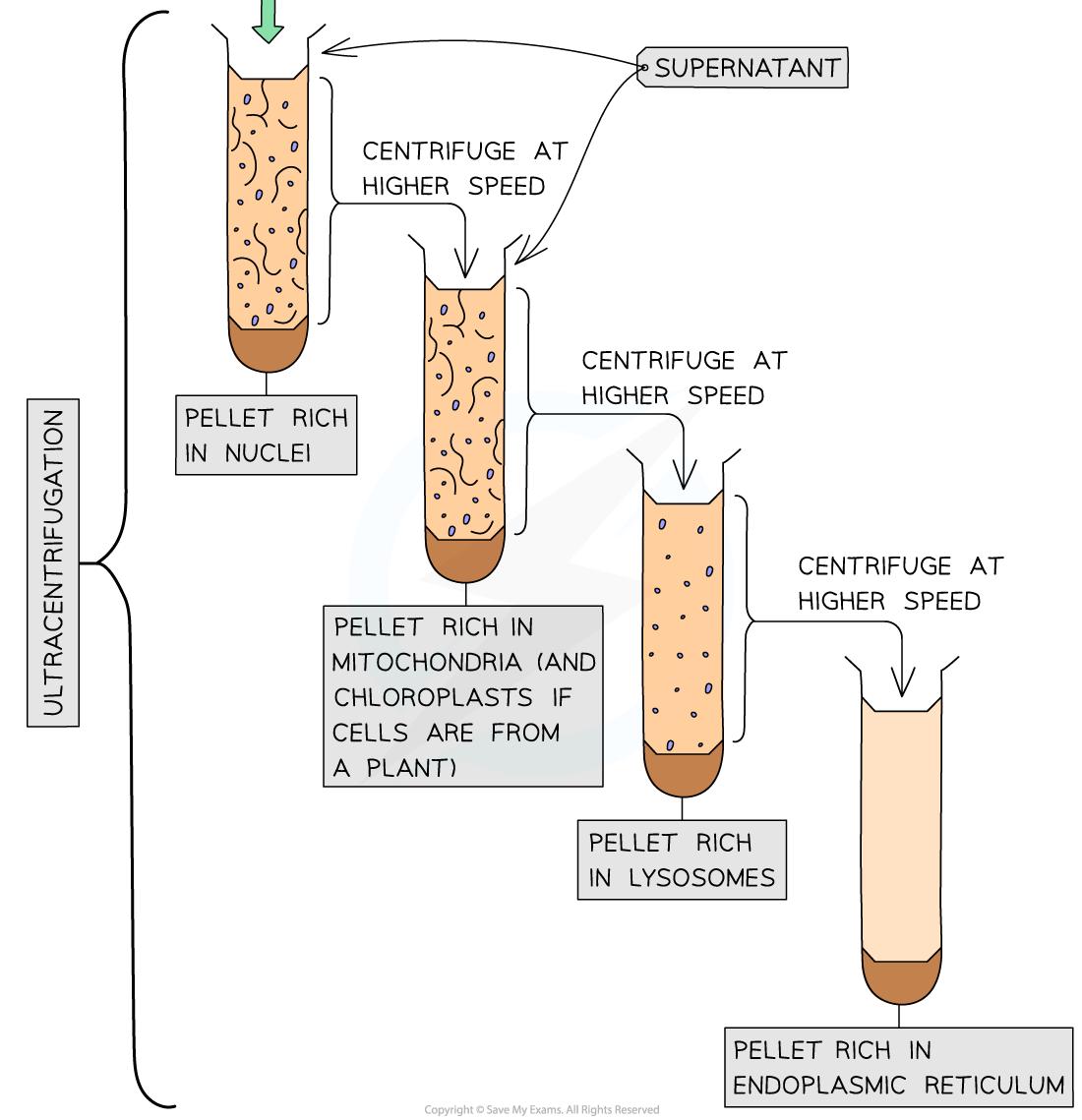 The three stages of cell fractionation (homogenisation, filtration and ultracentrifugation) for separating organelles

There are lots of new biological terms here that you need to know the definitions of, including cell fractionation, homogenisation, homogenate, isotonic, ultracentrifugation and supernatant. Make sure you learn the meaning of each of these as you will be expected to be able to answer questions that require knowledge of these terms and to use them in your answers!