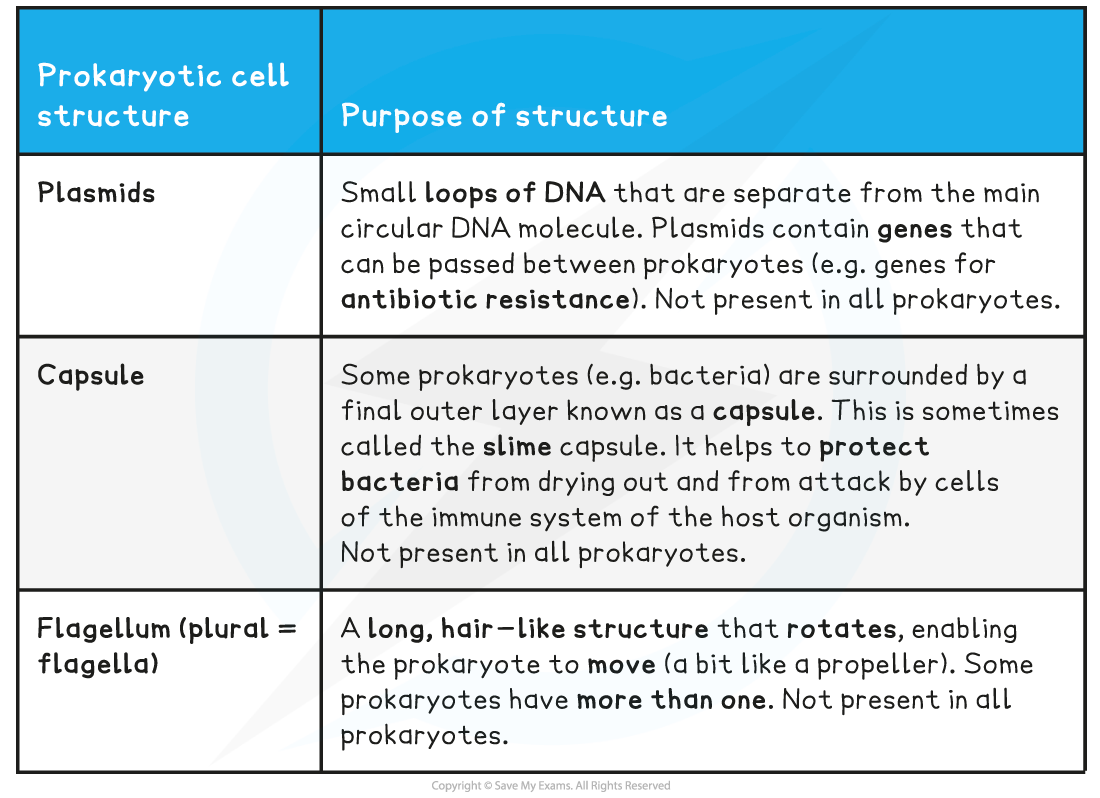 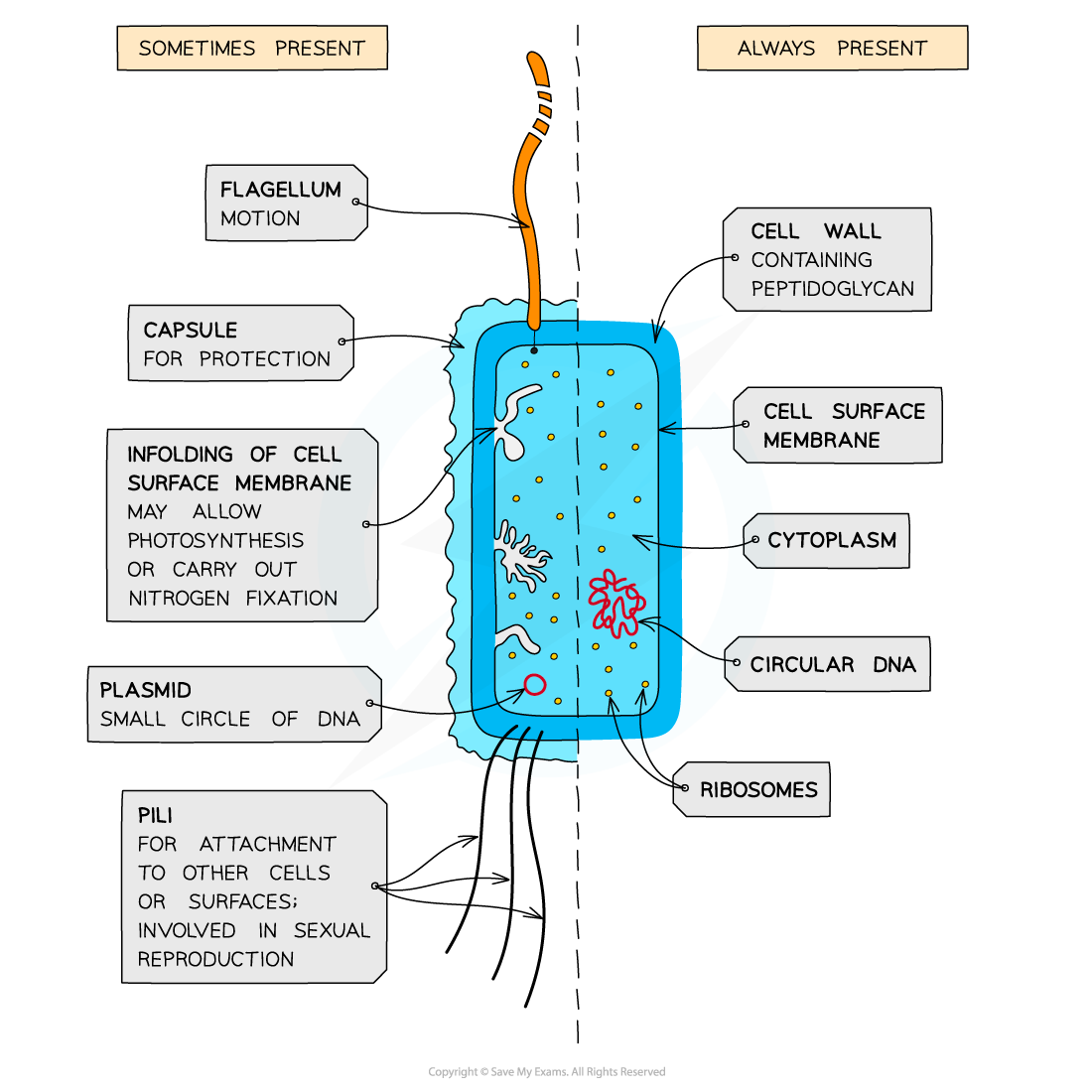 Prokaryotic cells are often described as being ‘simpler’ than eukaryotic cells, and they are believed to have emerged as the first living organisms on Earth

Make sure you learn the typical structures and organelles found in prokaryotic cells, as well as their functions. You also need to know all the differences between prokaryotic and eukaryotic cells. Remember - the features in the table above are not present in all prokaryotes so keep this in mind when answering exam questions.