Hadrons may be either a baryon or a meson

The baryon Δ++ was discovered in a particle accelerator using accelerated positive pions on hydrogen targets.Which of the following is the quark combination of this particle? 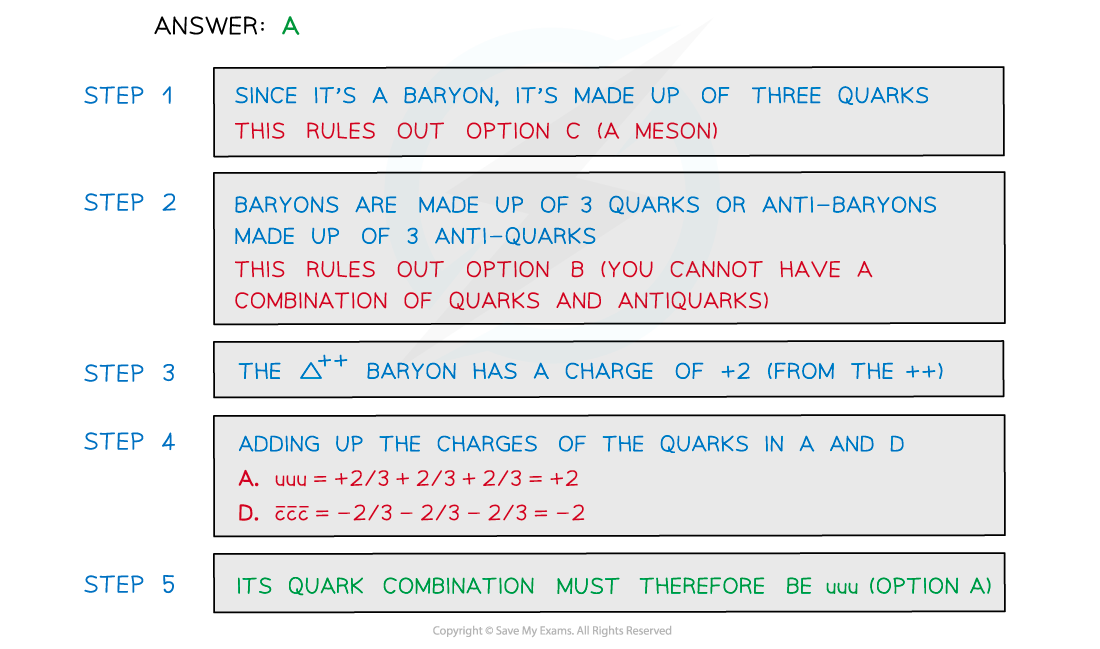