The interaction between a community (the living, biotic part) and the non-living (abiotic) parts of the environment

Example of an ecosystem 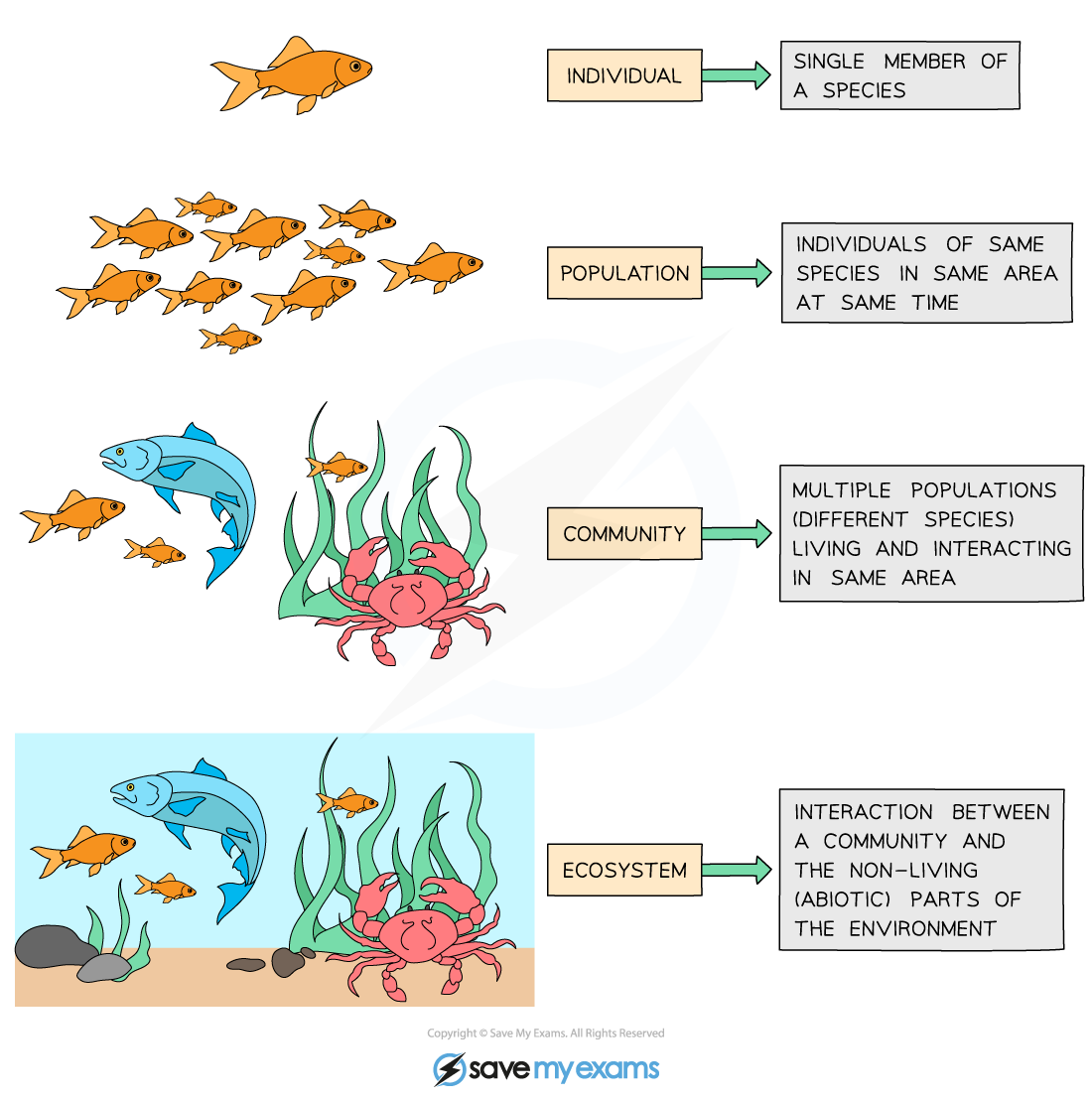 Levels of organisation in an ecosystem