The recent closing down of the Angat Dam in Central Luzon, Philippines, one of the sources of irrigation water to rice farmers in the province, was triggered by low water levels in the reservoir due to a long dry season with scant rainfall over recent months. This event underscores the value of water saving irrigation techniques—even in an environment that typically receives ample rainfall over the entire year—to cut water demand in irrigated rice without affecting yield.

Water supply to about 27,000 rice farmers in Central Luzon in the Philippines was cut off due in part to decreasing water levels at Angat Dam, bringing attention again to the need for everyone to save water even for growing rice, the ‘thirstiest’ of all crops. 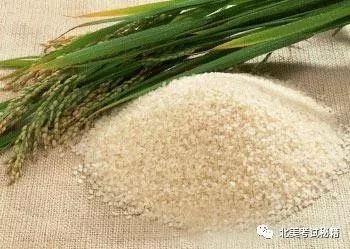 “El Niño conditions are predicted to evolve over the coming months, which would mean shorter periods of rain and less rainfall even in the coming rainy season,” said Reiner Wassmann, head of IRRI’s climate change research. “Water shortage at the Angat-Maasim River Irrigation System (AMRIS), of which Angat Dam is the main water source, is anticipated, as water available for irrigation has gradually decreased over recent years and the Philippines has been experiencing a really dry season this year,” said Dr. Wassmann.

Water use in producing rice can be cut down by as much as 25% using a simple irrigation technique called alternate wetting and drying or AWD.

AWD was developed by the International Rice Research Institute and is now being introduced to farmers across Asia. IRRI and its partners have high hopes for the technology, as it typically takes 2,000 liters of water to produce a kilogram of paddy (unmilled rice). AWD can save up to 500 liters of water per kilogram of rice.

Departing from the conventional way of growing rice that uses continuous flooding, AWD makes use of the cycle of draining and reflooding of rice paddies, keeping an optimum water level at any particular time.

The AWD technology is applicable to larger irrigation schemes like the AMRIS, but it is also just as useful for rice farmers who rely on pump irrigation. AWD use means greater farming incentives as lower water consumption translates right away into savings on fuel cost and higher net income for farmers. 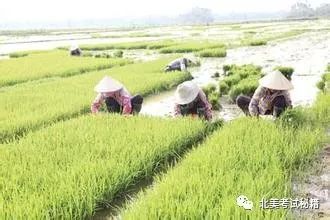 In Vietnam, farmers have credited AWD for yield increases. Decreased water use also reduced the occurrence of ‘lodging’ (when rice plants keel over due to heavy rain) and helped the plant grow better tillers (the ‘branches’ that eventually carry grain) and stronger roots. The resulting improved field conditions helps reduce labor cost at harvest, as mechanical harvesting becomes feasible.

AWD also helps reduce greenhouse gas (GHG) emissions, specifically methane, by up to 50%. Methane emissions are caused by flooding of rice fields. Intensive research by scientists from IRRI and its partners have helped AWD evolve into one of the most mature GHG mitigation methods in the agriculture sector. AWD could thus become a key component for GHG mitigation in many Asian countries.

Why does a zebra have stripes? People who live near the African animals have probably been asking that question for quite a long time. Since the 1800s, scientists have come up with four main hypotheses: The stripes act as some sort of camouflage against predators, are a way to reinforce social bonds among zebras, defend against parasites or help to cool the animals.

The camouflage idea has probably been debated the longest, with some scientists positing that in the dawn and dusk, when most predators hunt, the stripes merge into a gray tint that makes them difficult to see at a distance. Others, including Charles Darwin, have been skeptical that stripes could, at any time, confer protection. 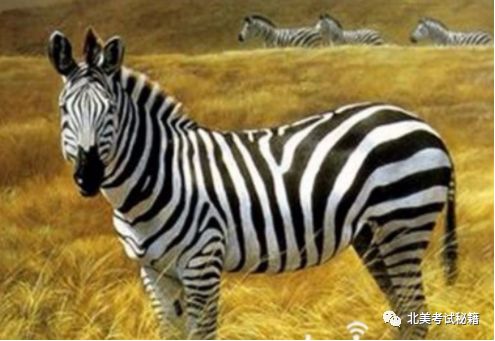 What has been missing from this discussion is knowledge about what a zebra actually looks like to a predator. Human vision is different from that of nonprimates. What appears to be a distinct black-and-white pattern to us may not appear that way to a lion. So Amanda Melin of the University of Calgary in Canada and colleagues applied spatial and color filters to zebra images to simulate how lions and spotted hyenas — two big zebra predators — see zebras. They also created a filter that mimicked zebra vision to understand how the animals see each other. And they compared this all to human vision. 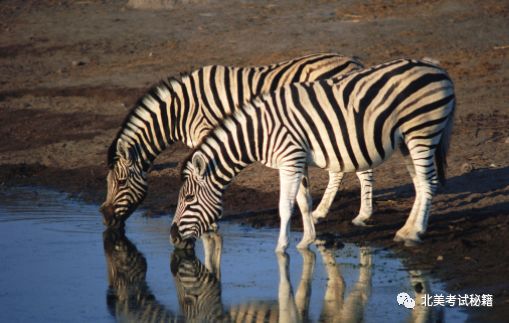 In the dimmer light of dawn and dusk, everyone needs to get a bit closer to see the stripes, but they’re still most distinct to the human eye. It’s only in the dark of night that the stripes mostly fade into gray for all four species.

The research team then compared images of zebras with those of unstriped, brownish prey species — waterbuck and topi — that had been run through the lion-vision filter. The outline of the zebras was clearly visible against a savannah background. And the grayish animal that appeared when the zebra’s stripes merged together was actually a bit more visible than brownish species. In a forest setting, the black-and-white stripes blended in better with the dark branches and trunks, but zebras don’t spend a lot of time in this type of habitat.

The only time that the stripes can work as camouflage, the researchers concluded, is when a zebra is standing still in a forest and a predator is close enough to distinguish the stripes. But if a lion or hyena is that close, it could easily smell or hear a zebra as it moves or even breathes. (“They are particularly noisy herbivores,” the researchers note.)  Since that situation would be rare, and stripes actually make it easy for predators to see zebras from pretty far away, stripes can’t be providing camouflage.

So why are zebras striped? Melin and colleagues argue that the social recognition hypothesis is “improbable” but can’t be completely ruled out since zebras can see the stripes better than their predators. However, there is no evidence from field observations to support this idea, and domestic horses, close relatives of zebras, are able to use visual cues other than stripes to recognize each other. 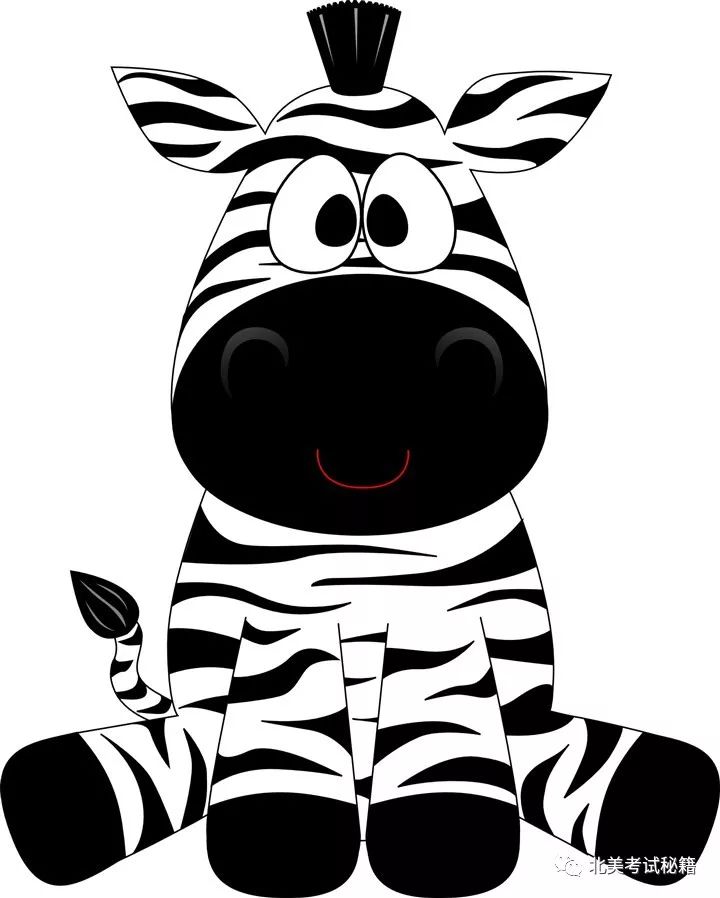 The research team argues that the antiparasite hypothesis looks most likely out of the four main explanations for stripes. This hypothesis got a boost a couple of years ago from a group led by Tim Caro at the University of California, Davis, that found that flies prefer landing on solid colors over contrasting stripes.

But, not so fast, says another group of researchers led by Brenda Larison at the University of California, Los Angeles. Those researchers argued last year in Royal Society Open Science that the stripes help with thermoregulation and don’t work as camouflage or a deterrent to parasites.

Where does that leave us? Exactly where we’ve been for the last couple of hundred years. We still don’t know why zebras have stripes. Perhaps the reason the patterning evolved truly is one of those four hypotheses that have been bandied about. Or maybe it’s something completely different. Only time — and more science — will tell.

It’s long been one of ancient history’s most intriguing mysteries: Why did the Maya, a remarkably sophisticated civilization made up of more than 19 million people, suddenly collapse sometime during the 8th or 9th centuries? Although the Mayan people never entirely disappeared—their descendants still live across Central America—dozens of core urban areas in the lowlands of the Yucatan peninsula, such as Tikal, went from bustling cities to abandoned ruins over the course of roughly a hundred years.

Scholars and laypeople have proposed countless theories accounting for the collapse, ranging from the plausible (overhunting, foreign invasion, peasant revolt) to the absurd (alien invasion, supernatural forces). In his 2005 book Collapse, though, Jared Diamond put forth a different sort of theory—that a prolonged drought, exacerbated by ill-advised deforestation, forced Mayan populations to abandon their cities. That hypothesis has finally been put to the test with archaeological evidence and environmental data and the results published this week in a pair of studies. 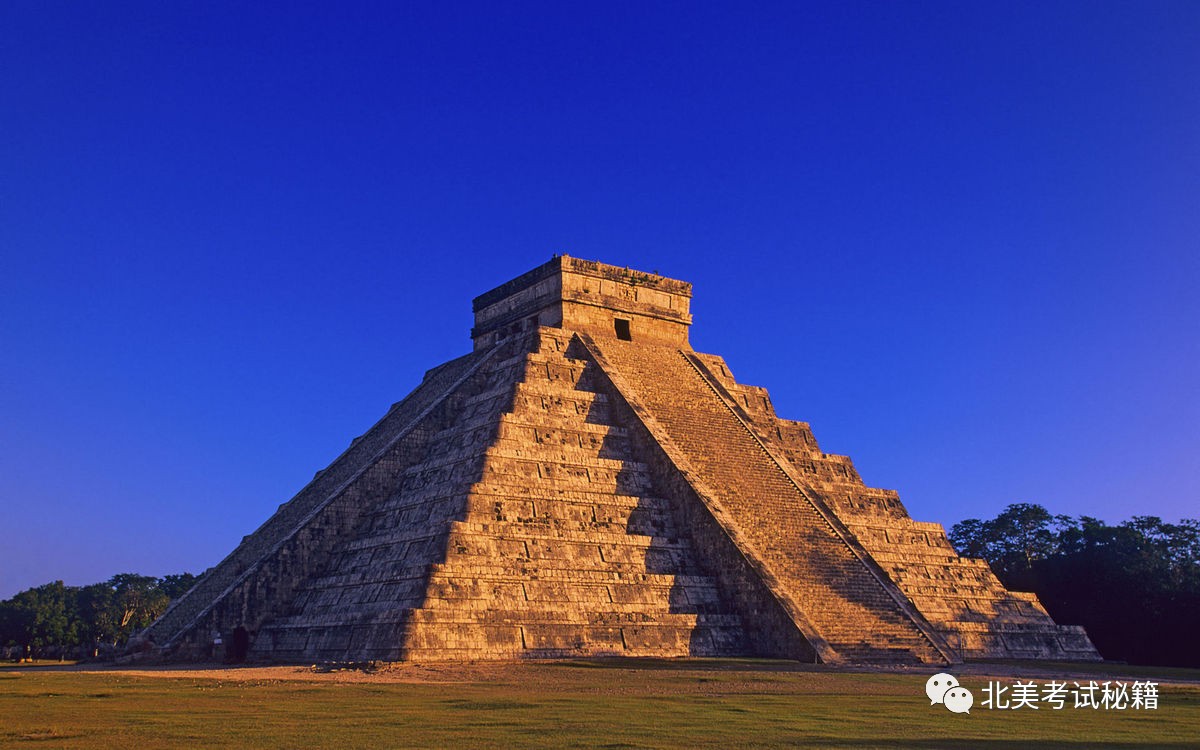 In the first study, published Tuesday in the Proceedings of the National Academy of Sciences, researchers from Arizona State University analyzed archaeological data from across the Yucatan to reach a better understanding of the environmental conditions when the area was abandoned. Around this time, they found, severe reductions in rainfall were coupled with an rapid rate of deforestation, as the Mayans burned and chopped down more and more forest to clear land for agriculture. Interestingly, they also required massive amounts of wood to fuel the fires that cooked the lime plaster for their elaborate constructions—experts estimate it would have taken 20 trees to produce a single square meter of cityscape.

The other study, published by researchers from Columbia University and elsewhere this week in Geophysical Research Letters, applied quantitative data to these trends. Using population records and measurements from current forested and cleared lands in the region, they constructed a computer model of deforestation in the Yucatan and ran simulations to see how this would have affected rainfall.

Because cleared land absorbs less solar radiation, less water evaporates from its surface, making clouds and rainfall more scarce. As a result, the rapid deforestation exacerbated an already severe drought—in the simulation, deforestation reduced precipitation by five to 15 percent and was responsible for 60 percent of the total drying that occurred over the course of a century as the Mayan civilization collapsed. The lack of forest cover also contributed to erosion and soil depletion. 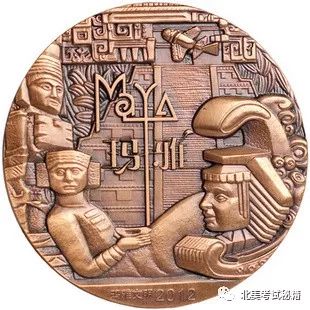 In a time of unprecedented population density, this combination of factors was likely catastrophic. Crops failed, especially because the droughts occurred disproportionately during the summer growing season. Coincidentally, trade shifted from overland routes, which crossed the heart of the lowland, to sea-based voyages, moving around the perimeter of the peninsula.

Since the traditional elite relied largely upon this trade—along with annual crop surpluses—to build wealth, they were sapped of much of their power. This forced peasants and craftsmen into making a critical choice, perhaps necessary to escape starvation: abandoning the lowlands. The results are the ornate ruins that stretch across the peninsula today. 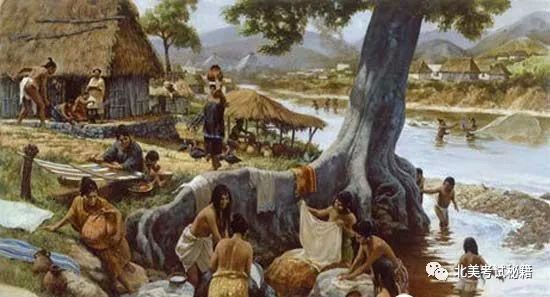 The collapse is especially intriguing because it seemingly occurred at “a time in which developed a sophisticated understanding of their environment, built and sustained intensive production and water systems and withstood at least two long-term episodes of aridity,” says B.L. Turner, the lead author of the ASU study. In other words, the Maya were no fools. They knew their environment and how to survive within it—and still they continued deforesting at a rapid pace, until the local environment was unable to sustain their society.

One of the lessons of these complementary studies, says climate modeler Robert Oglesby of the University of Nebraska, who worked on the second paper, is that our reshaping of the environment can often have unintended consequences—and we may not have any idea of what they are until it’s too late. For a present-day example, we can even look to another region where the ancient Maya lived, Guatemala, which is undergoing rapid deforestation. “There’s a tremendous amount of change going on in Guatemala,” said Oglesby. “They may be that much more vulnerable to a severe drought.”