What is the difference between the sum of the first

even counting numbers and the sum of the first

A solid box is

cm. A new solid is formed by removing a cube

cm on a side from each corner of this box. What percent of the original volume is removed?

km from her home to school, but it takes her only

minutes to walk from school to her home along the same route. What is her average speed, in km/hr, for the round trip?

denote the solutions of

for all real numbers

. Which of the following statements is not true?

How many non-congruent triangles with perimeter

have integer side lengths?

What is the probability that a randomly drawn positive factor of

The polygon enclosed by the solid lines in the figure consists of 4 congruent squares joined edge-to-edge. One more congruent square is attached to an edge at one of the nine positions indicated. How many of the nine resulting polygons can be folded to form a cube with one face missing? 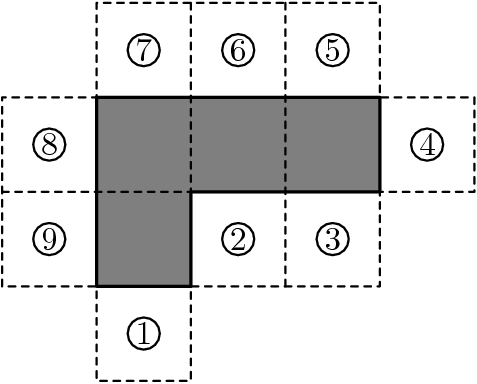 The sum of the two 5-digit numbers

is randomly picked from inside the rectangle with vertices

The sum of three numbers is

. The first is four times the sum of the other two. The second is seven times the third. What is the product of all three?

are single digits. What is the sum of the digits of

What is the probability that an integer in the set

and not divisible by

What is the units digit of

A semicircle of diameter

sits at the top of a semicircle of diameter

, as shown. The shaded area inside the smaller semicircle and outside the larger semicircle is called a lune. Determine the area of this lune.

A base-10 three digit number

are both three-digit numerals?

Pat is to select six cookies from a tray containing only chocolate chip, oatmeal, and peanut butter cookies. There are at least six of each of these three kinds of cookies on the tray. How many different assortments of six cookies can be selected?

. Find the length of 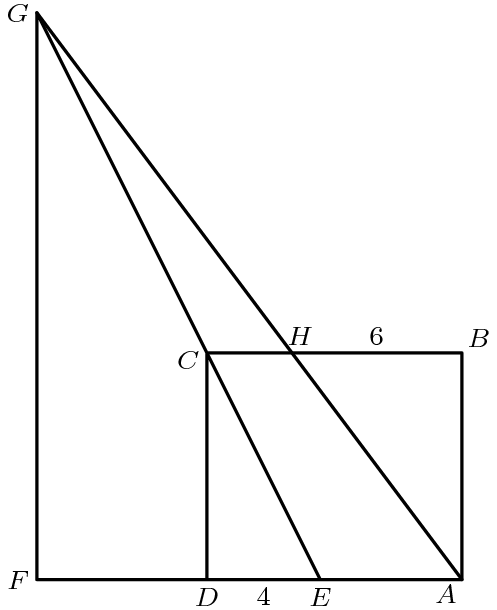 small triangles in the base row. How many toothpicks would be needed to construct a large equilateral triangle if the base row of the triangle consists of 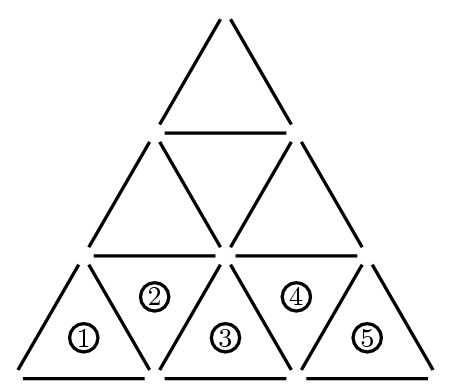 be the quotient and the remainder, respectively, when

. For how many values of