Which of the following is the same as 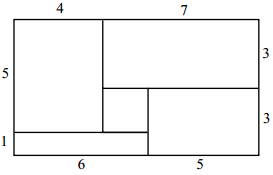 Moe uses a mower to cut his rectangular 90-foot by 150-foot lawn. The swath he cuts is 28 inches wide, but he overlaps each cut by 4 inches to make sure that no grass is missed. he walks at the rate of 5000 feet per hour while pushing the mower. Which of the following is closest to the number of hours it will take Moe to mow his lawn?

The second and fourth terms of a geometric sequence are 2 and 6. Which of the following is a possible first term?

Penniless Pete's piggy bank has no pennies in it, but it has 100 coins, all nickels,dimes, and quarters, whose total value is $8.35. It does not necessarily contain coins of all three types. What is the difference between the largest and smallest number of dimes that could be in the bank?

denote the sum of the digits of the positive integer

For how many two-digit values of

be a linear function for which

Several figures can be made by attaching two equilateral triangles to the regular pentagon ABCDE in two of the five positions shown. How many non-congruent figures can be constructed in this way? 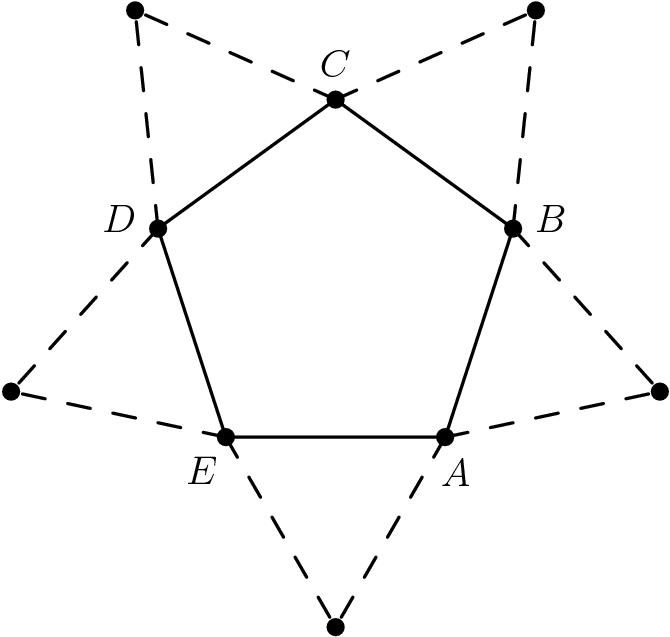 What is the largest integer that is a divisor of

for all positive even integers

An ice cream cone consists of a sphere of vanilla ice cream and a right circular cone that has the same diameter as the sphere. If the ice cream melts, it will exactly fill the cone. Assume that the melted ice cream occupies

of the volume of the frozen ice cream. What is the ratio of the cone’s height to its radius? 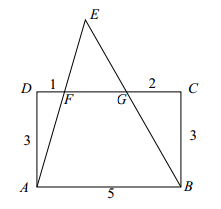 has an area of one square unit. What is the area of the rectangle

Three semicircles of radius 1 are constructed on diameter AB of a semicircle of radius 2. The centers of the small semicircles divide AB into four line segments of equal length, as shown. What is the area of the shaded region that lies within the large semicircle but outside the smaller semicircles? 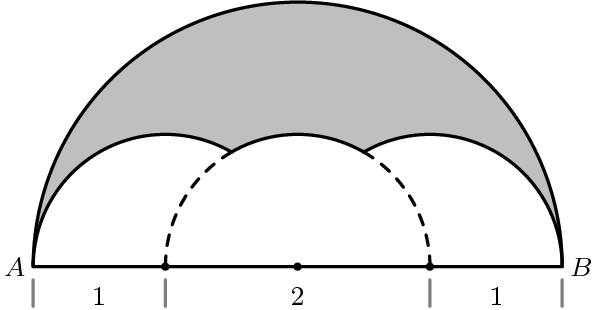 The minimum possible value of

has a prime factorization

be the set of permutations of the sequence

for which the first term is not

. A permutation is chosen randomly from

. The probability that the second term is

Part of the graph of

is shown. What is

cm in a straight line from

, turns at an angle

, measured in radians and chosen at random from the interval

cm in a straight line to

be a rhombus with

be the feet of the perpendiculars from

, respectively. Which of the following is closest to the minimum possible value of 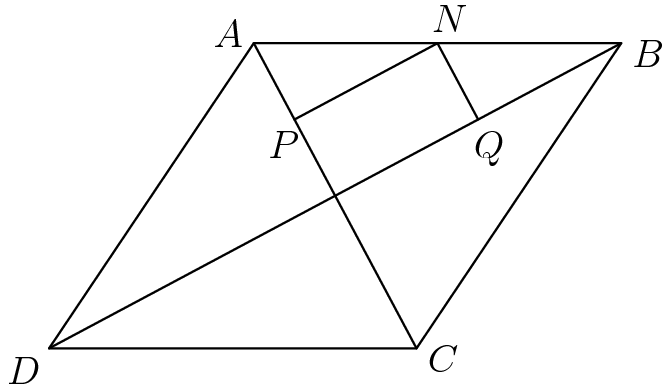 -intercepts on the graph of

are chosen so that

, and the system of equations

has exactly one solution. What is the minimum value of

Three points are chosen randomly and independently on a circle. What is the probability that all three pairwise distance between the points are less than the radius of the circle?