How did parents feel when told to leave their bags, board the bus, and watch their children fumble and struggle to store them in the luggage hold themselves? “They weren’t comfortable with it at all,” said Mr. Craig Tafel, Director of Menwai Programming at Shanghai American School. “You could tell they had to physically hold themselves back from shouting out instructions or jumping in to help. It sounds like an easy exercise, but was actually incredibly difficult for them.”

This was the first challenge waiting for the students and parents the moment they touched down in Dali, right there in the parking lot of the airport. The students (four from our Pudong campus, and four from Puxi) and their parents were on their way to an eight-day educational trip to Xizhou, Yunnan Province, as part of the school’s first ever Microcampus 5 program. 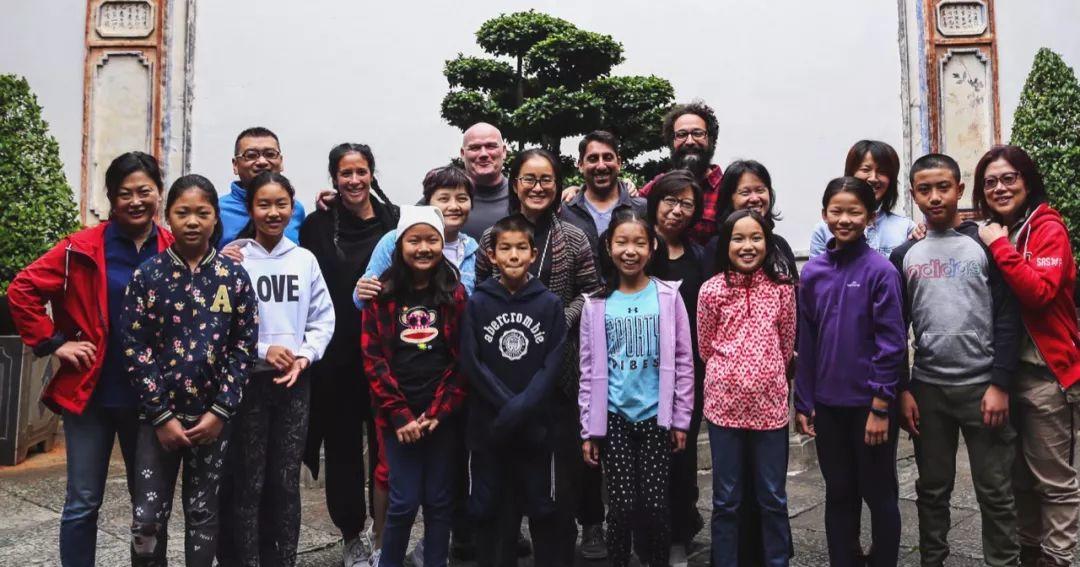 An extension of SAS’s award-winning Signature Program, “Microcampus”, Microcampus 5 involves groups of fifth grade students, and their families, immersing themselves in a village in Yunnan, with an emphasis of building student independence and responsibility. “Like its predecessor, Microcampus 5 is designed through the lens of SAS’ Menwai pillars,” Mr. Tafel explained. “The pillars are: Expanding Intercultural Understanding, Working Through Challenges, Awareness of Impact, and Personal Growth.”

Unlike the original Microcampus program though, parents join in on this trip – but not to act as caretakers or chaperones. “They’re there to learn and grow alongside their children,” said Mr. Tafel. As students head out to interact with experts in their host village of Xizhou, work through interesting challenges and expand their understanding of other communities, their parents take part in parents-focused exercises, designed to help them learn to parent more effectively and efficiently. “As these students learned confidence, independence and how to embrace challenges, their parents learned how to allow their children to absorb these lessons without intervening, taking over or undermining them.” “It was tough for the parents in the beginning, but there was a noticeable difference by the end,” said Mr. Tafel. “The best example being when we were getting ready to head back to the airport. With no instructions from me or the teachers, the parents casually set their bags by the bus, hopped on board without a word, and left their children to take care of things. And I could see that as these children were approaching the bus, they were already mentally calculating and discussing amongst themselves what the best ways were to efficiently store these bags in the hold. The trust these parents had learned to give to their children, and the enthusiasm and eagerness the children displayed in the face of a challenge – to me, this really captured what Microcampus 5 was about.”

LESSONS. EVERY DAY AT SAS.

Founded in 1912, Shanghai American School (SAS) is the largest and most established international school in China. In short, it's the kind of school you wish you would've attended when you were a kid.