each. Pay-A-Lot had a 20%-off sale the following day. How much could Karl have saved on the purchase by waiting a day? 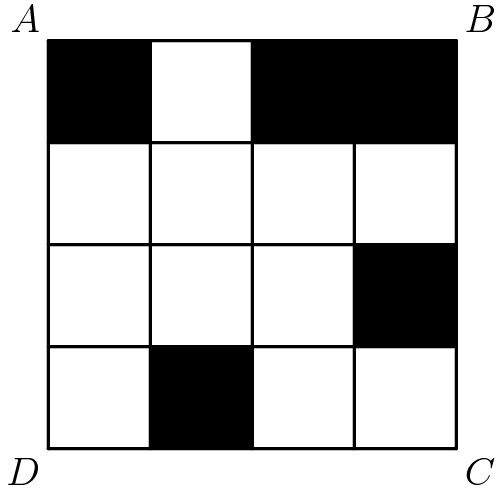 A square and a triangle have equal perimeters. The lengths of the three sides of the triangle are 6.1 cm, 8.2 cm and 9.7 cm. What is the area of the square in square centimeters?

Suppose m and n are positive odd integers. Which of the following must also be an odd integer?

both have length 10, sides

both have length 17, and the measure of angle

. What is the length of diagonal 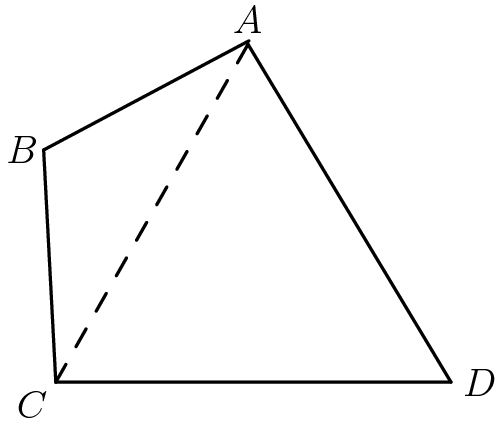 (解析视频请点击Problem 12下方视频）
The sales tax rate in Bergville is 6%. During a sale at the Bergville Coat Closet, the price of a coat is discounted 20% from its $90.00 price. Two clerks, Jack and Jill, calculate the bill independently. Jack rings up $90.00 and adds 6% sales tax, then subtracts 20% from this total. Jill rings up $90.00, subtracts 20% of the price, then adds 6% of the discounted price for sales tax. What is Jack's total minus Jill's total?

Big Al the ape ate 100 delicious yellow bananas from May 1 through May 5. Each day he ate six more bananas than on the previous day. How many delicious bananas did Big Al eat on May 5?

The area of polygon 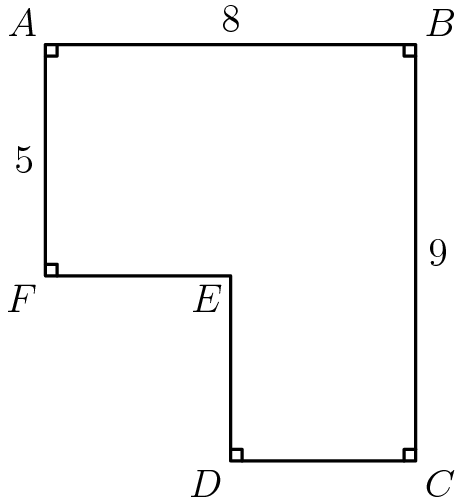 The Little Twelve Basketball League has two divisions, with six teams in each division. Each team plays each of the other teams in its own division twice and every team in the other division once. How many games are scheduled?

How many different isosceles triangles have integer side lengths and perimeter 23?

A five-legged Martian has a drawer full of socks, each of which is red, white or blue, and there are at least five socks of each color. The Martian pulls out one sock at a time without looking. How many socks must the Martian remove from the drawer to be certain there will be 5 socks of the same color?

The results of a cross-country team's training run are graphed below. Which student has the greatest average speed? 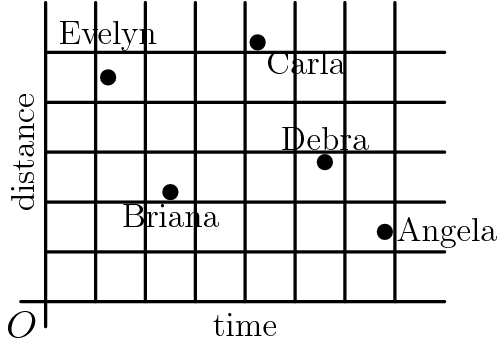 How many three-digit numbers are divisible by 13?

What is the perimeter of trapezoid

Alice and Bob play a game involving a circle whose circumference is divided by 12 equally-spaced points. The points are numbered clockwise, from 1 to 12. Both start on point 12. Alice moves clockwise and Bob, counterclockwise. In a turn of the game, Alice moves 5 points clockwise and Bob moves 9 points counterclockwise. The game ends when they stop on the same point. How many turns will this take?

How many distinct triangles can be drawn using three of the dots below as vertices?

encloses a semicircle of area

. The circle has its center

and is tangent to sides

. What is the area of triangle 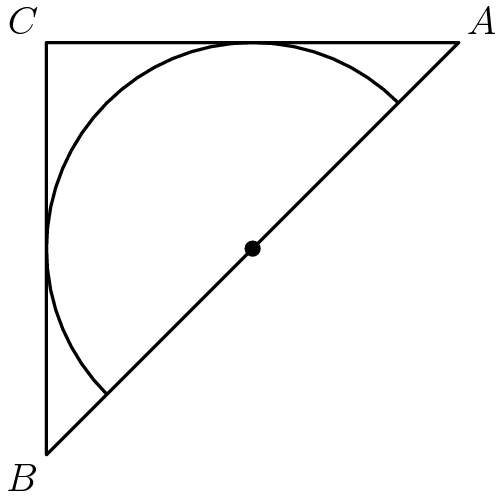 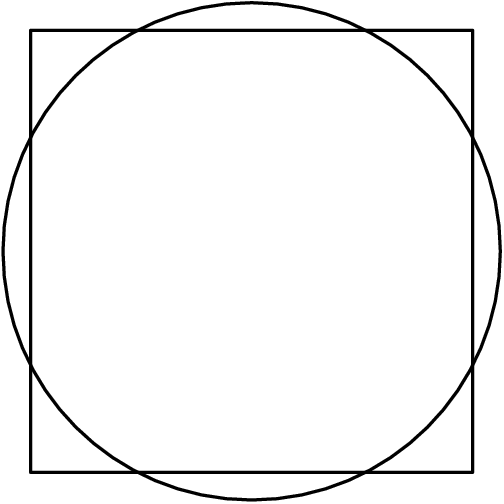