1）A mountain climbing club maintains a record of the climbs that its members have made. Information about a climb includes the name of the mountain peak and the amount of time it took to reach the top. The information is contained in the ClimbInfo class as declared below. 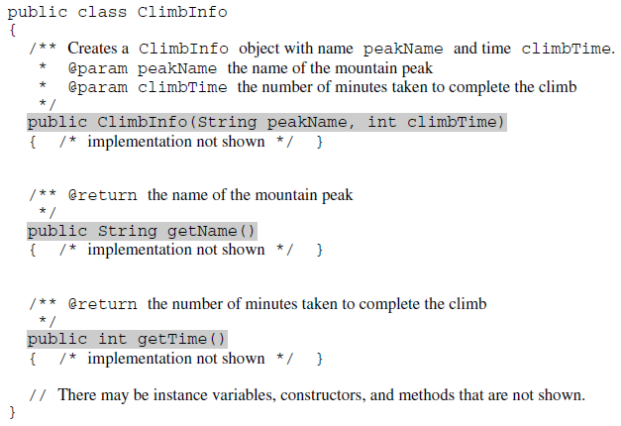 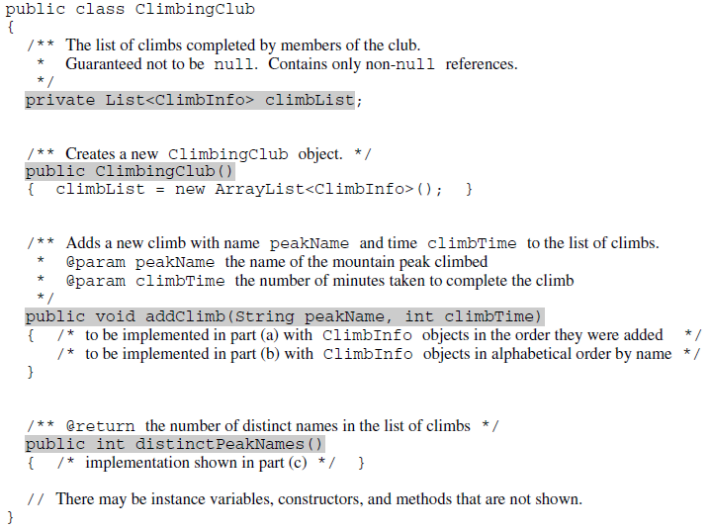